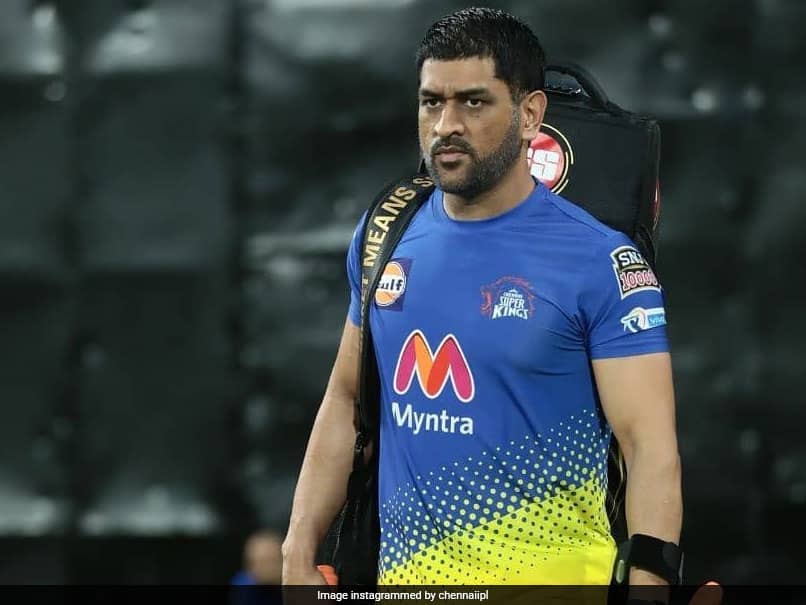 MS Dhoni was seen on the field ahead of Indian Premier League 2021 as he trained with Chennai Super Kings (CSK), the team he has led since the inception of IPL. CSK posted a picture on social media where Dhoni is seen walking out on to the field with his kit bag on his shoulders. Dhoni is set to lead CSK in IPL 2021 as well after emphatically declaring before CSK’s last match in IPL 2020 that it was “definitely not” his last appearance in yellow. IPL 2021 begins on April 9 with defending champions Mumbai Indians taking on Royal Challengers Bangalore in Chennai.

CSK will play their first game in Mumbai against Delhi Capitals on April 10 in a changed scheduling in the league that sees none of the teams playing at their home grounds.

Dhoni had a sub-par IPL 2020 as he returned 200 runs at a modest strike rate of 116.27 from 14 matches.
The last season was also the first time CSK missed out on a playoffs berth in the IPL in the seasons they have played.

The team served a two-year ban for corruption charges and missed the league in 2016 and 2017.

However, Dhoni led the time to the title in the comeback year of 2018 as CSK became only the second team in the league to win more than two titles.

Mumbai Indians have the most titles in the IPL and they won a record fifth trophy last season.

CSK had earlier given a grand reception to Dhoni when he landed in Chennai to link-up with the team.