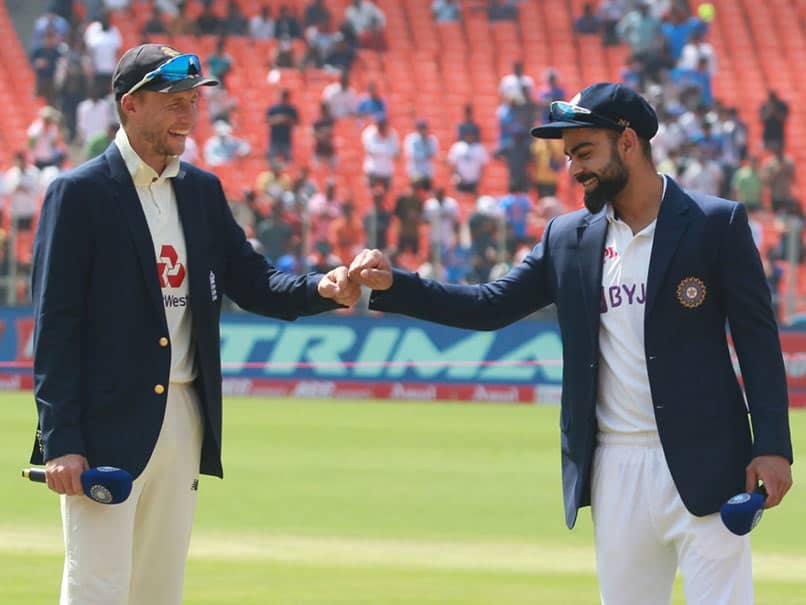 IND vs ENG: Joe Root won the toss and opted to bat in Ahmedabad.© BCCI

Former England captain Kevin Pietersen has been in a cheeky mood ever since the India and England began preparation for the Test series, with a slew of tweets in Hindi. On Wednesday, as the two sides began the third Test – the day-night match at the Narendra Modi Stadium in Ahmedabad – Pietersen came up with his latest Hindi tweet. England captain Joe Root won the toss and opted to bat. “Oops india , asha karta hoon ki yeh, toss jeeto match jeeto wala wicket na ho (I hope that this is not a ‘win toss, win match’ kind of a wicket),” he tweeted, with a wink emoji.

His last tweet in Hindi came after India’s big win in the second Test at the MA Chidambaram Stadium in Chennai, congratulating the hosts for beating “England B” – a statement he was trolled heavily over.

This is the first international match at the stadium since its renovation. It is also only the second Day-Night Test in India.

India made two changes to their side, with Jasprit Bumrah replacing Mohammed Siraj and Washington Sundar coming in for Kuldeep Yadav.

England, meanwhile, have made four changes to their side. Jonny Bairstow, Zak Crawley, James Anderson and Jofra Archer were brought in to replace Rory Burns, Dan Lawrence, Moeen Ali and Olly Stone.

The series is tied at 1-1 coming into the third Test, with England winning the first match convincingly in Chennai and India turning it around in the second Test.