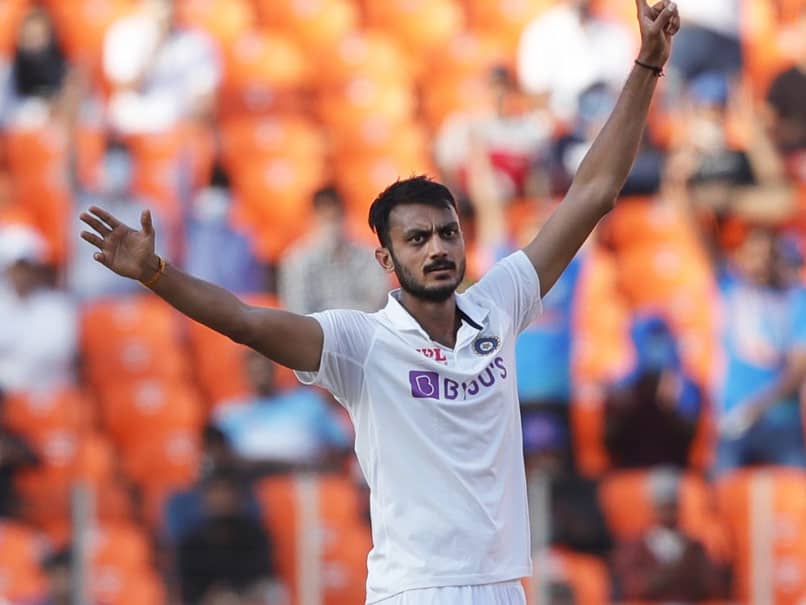 IND vs ENG: Axar Patel returned 5 for 32 in the second innings of the third Test.© BCCI

India all-rounder Axar Patel picked up a 10-wicket haul in the third Test against England in Ahmedabad on Thursday. Axar, who had returned 6 for 38 in the first innings, got 5 for 32 in the second as England were dismissed for 112 and 81 setting India, who made 145 in first innings, 49 runs to win. Axar ran through England’s top order, dismissing each of England’s top four batsmen. Openers Dom Sibley and Zak Crawley, No. 3 Jonny Bairstow and captain Joe Root all fell to Axar as the left-arm spinner bamboozled the batsmen, who couldn’t pick the deliveries that turned from the ones that went straight on.

Axar was on a hat-trick at one point after having taken England’s last wicket in the first innings and then returning to dismiss Crawley on the first ball of England’s second innings.

The hat-trick was averted but not without drama as Bairstow was given out lbw on the field but a review saved him.

The reprieve didn’t last long as Bairstow was bowled on the very next ball.

Axar went from strength to strength here onwards as he got Sibley caught behind soon after and trapped Root lbw to rattle England’s top order.

He then dismissed wicket-keeper batsman Ben Foakes to complete his five-wicket haul.

Courtesy of Axar’s haul and Ravichandran Ashwin’s 4 for 48 from the other end, England were dismissed for their lowest-ever total in India – 81.

During the course of the innings, Ashwin also got to 400 Test wickets and became the fastest Indian bowler to get to the milestone.