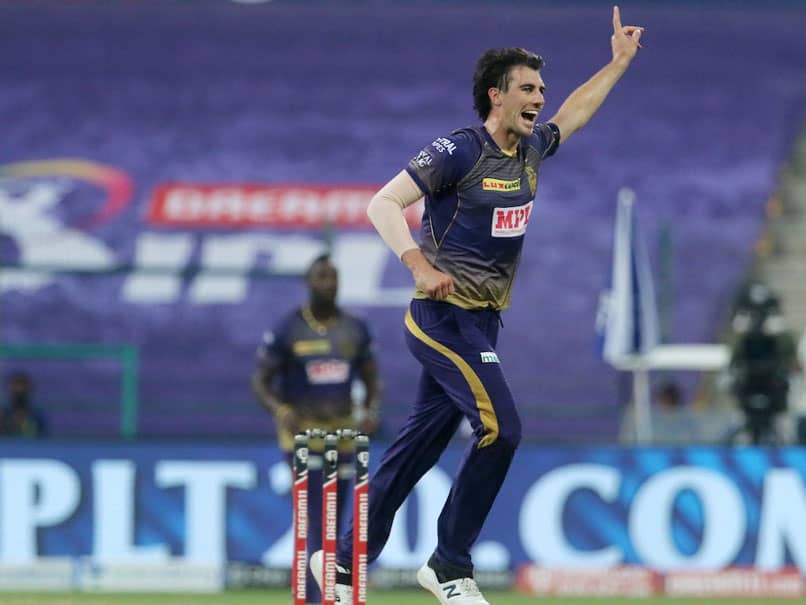 IPL 2021: Pat Cummins will turn out for Kolkata Knight Riders this season.© BCCI/IPL

Australia and Kolkata Knight Riders (KKR) pacer Pat Cummins has said that playing the game professionally brings a lot of pressure with it. Cummins was bought by KKR last year for a whopping Rs 15.5 crore and he had become the most expensive foreign player in the history of the tournament. However, this record has been broken by Chris Morris as he was purchased by Rajasthan Royals for Rs 16.25 crore this season. “Whenever you play professional cricket anywhere, there will be lots of pressure. If you are coming off a good game, there is pressure to do it again. If you are coming off a bad game, there is pressure to perform,” Cummins told KKR’s official website.

“I guess the auction brings another kind of pressure. We just got to try and manage this. Just because you have gone for more money doesn’t mean the ball suddenly swings more or the wicket is suddenly greener, or the boundaries are bigger.

“It’s the same playing field, so, I just try to concentrate on what I do well. I guess that’s what is going to bring about the best success for KKR while I’m here,” he added.

KKR failed to qualify for the playoffs last season and Cummins finished with 12 wickets from 14 games. The pacer produced his best performance in the last league game against Rajasthan Royals where he returned with four wickets.

“It makes me feel lucky to have that backing from the coach (Brendon McCullum). He is also someone that I have played quite a bit against. So, for him to have that kind of regard, I feel really lucky to have,” said Cummins.

“This was the thing I was most excited about — to come over here and work with him. I haven’t played with him. I think when he captained NZ, the whole world really appreciated that and held him in high esteem,” he added.

IPL 2021 will commence from April 9 this year with Mumbai Indians and Royal Challengers Bangalore (RCB) locking horns in the tournament opener.

KKR will square off against SunRisers Hyderabad in their first match of the tournament on April 11.