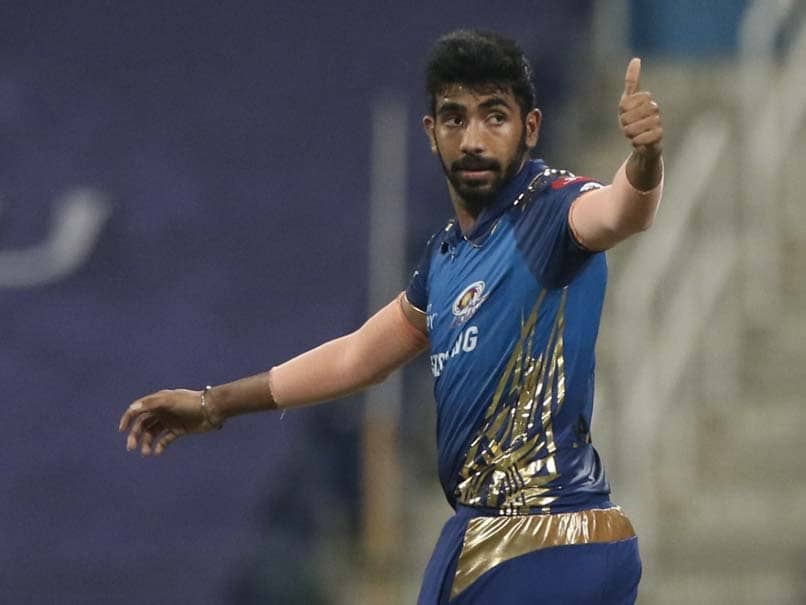 IPL 2021: Mumbai Indians fast bowler Jasprit Bumrah got his yorkers going ahead of the season.© BCCI/IPL

Jasprit Bumrah got his yorker game going ahead of the 14th edition of Indian Premier League (IPL). Bumrah’s IPL team Mumbai Indians (MI) posted a video on social media where the fast bowler is seen nailing his yorkers by hitting a marker placed at the ‘block-hole’ length consistently. “BOOM…ED!” wrote MI as the caption for the video. Bumrah is set to return to action in the IPL after having missed the white-ball leg of England’s 2021 tour to India and the final Test of the four-match series. Bumrah recently married TV presenter Sanjana Ganesan.

The right-arm fast bowler has 109 wickets from 92 matches at an economy rate of 7.41 runs per over.

He was one of MI’s standout performers in a title-clinching 2020 season with 27 wickets from 15 games and an economy rate of 6.73 runs per over.

MI will begin their title defence with the tournament opener on April 9 in Chennai against Royal Challengers Bangalore (RCB).

RCB were dealt a blow ahead of the tournament as their highest scorer from IPL 2020, Devdutt Padikkal, was quarantined at his home in Bengaluru after having tested positive for Covid-19 on March 22.

Padikkal is the second player to have tested positive for the virus after Delhi Capitals’ Axar Patel.

Despite the rising number of Covid-19 cases across India and especially in the state of Maharashtra, IPL matches in Mumbai will go ahead as planned, said the secretary of Mumbai Cricket Association Sanjay Naik on Sunday.