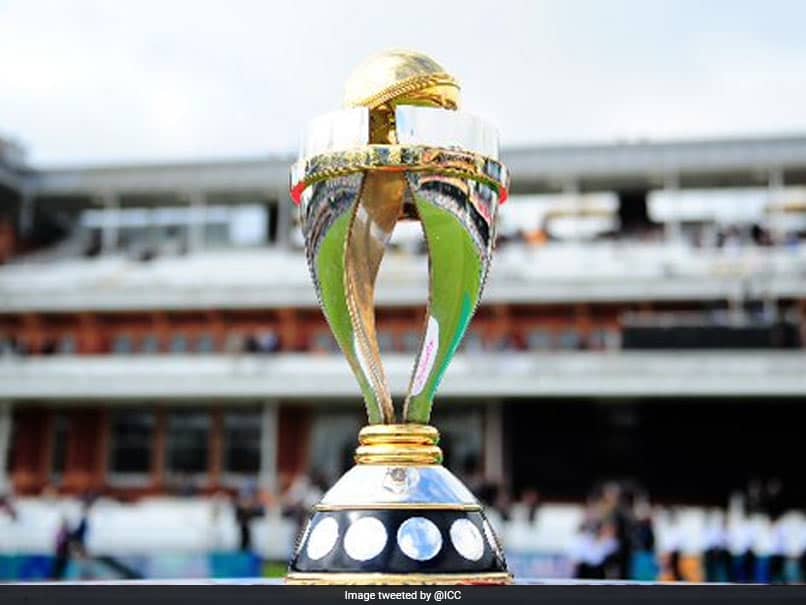 Women’s World Cup 2022 will be held in New Zealand from March 4 to April 3.© ICC/Twitter

Gin Wigmore’s ”Girl Gang” has been named as the official song for the ICC Women’s World Cup 2022. The Kiwi pop star is pretty happy with the way things have worked out. “When you send a song out to the world you never really know what will happen. You do certainly have hopes for it. I guess I had thought it would make a great theme song for something. So when the ICC called I was like heck yeah, that is so cool. I’m really thrilled. It’s so exciting,” said Wigmore in an official release issued by the ICC.

A seminal track from Wigmore’s fourth album, Ivory, Girl Gang was officially announced as the song of the CWC22 on Wednesday at an event at Mt Maunganui Beach — with Wigmore conquering a long-standing terror of heights to skydive down to the beach with the CWC22 trophy.

Girl Gang brought together five different female artists from non-music disciplines to create a piece of their own artwork based on an assigned single from Ivory.

The project spanned eight months with five new singles dropped monthly. The songs were supported by the five different creations from Gin’s chosen female artists — among them a highly esteemed tattooist, cartoonist, and skateboarder.

“You’ve gotta think really laterally on how to release music, and it seemed like something that had a longer life than just an album,” she said.

The essence of Girl Gang celebrates women coming together to “fight against a society that so often pits us against each other and tears us down.”

The ICC Women’s Cricket World Cup 2022 will be held in New Zealand from March 4 to April 3. It will feature 31 matches at six venues over 31 action-packed days.