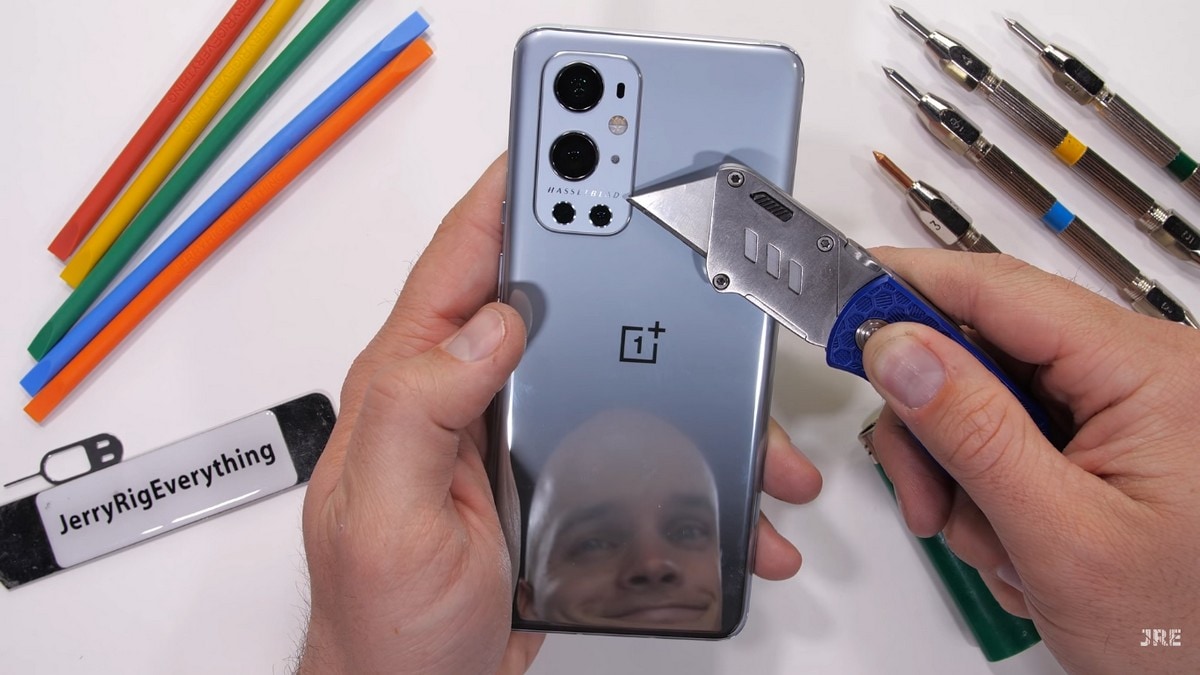 OnePlus 9 Pro was put through JerryRigEverything’s slew of durability tests and it passed. The phone was launched on March 23 alongside the OnePlus 9, OnePlus 9R, and the OnePlus Watch. Being a flagship, the build quality was expected to be great and it seems so in the video posted on the JerryRigEverything YouTube channel. The OnePlus 9 Pro did not bend, its screen survived, and the flame test also did not cause the screen to malfunction.

Zack Nelson is the host of popular YouTube channel JerryRigEverything that tests durability of various devices, and the latest to land of the test table was the OnePlus 9 Pro. The phone was launched on March 23, and is the top-of-the line offering from OnePlus starting at Rs. 64,999. The phone held up under JerryRigEverything’s durability tests that involved testing the scratch resistance of the display and body, its structural rigidity, and the screen’s durability under direct heat.

The Mohs hardness test shows how scratch resistant the screen is and the OnePlus 9 Pro scratches at level six with deeper grooves at level seven as seen in the video. Glass typically scratches at level five or six, which shows that the phone performed as it should have. Scratching the area where the in-display fingerprint scanner sits with a level seven tool did not affect the scanner’s performance and it was able to pick up Nelson’s fingerprint every time.

Next was a ‘lighter to the screen’ test where the flame was held directly at the screen and, surprisingly, nothing happed with 40 seconds of direct flame. For the final structural rigidity test, the OnePlus 9 Pro bent a little when Zack tried to bend it, but it did not break or lose its shape. As seen in the video, there were no gaps in the screen and body of the phone after the test.

Is OnePlus 8T the best ‘value flagship’ of 2020? We discussed this on Orbital, our weekly technology podcast, which you can subscribe to via Apple Podcasts, Google Podcasts, or RSS, download the episode, or just hit the play button below.