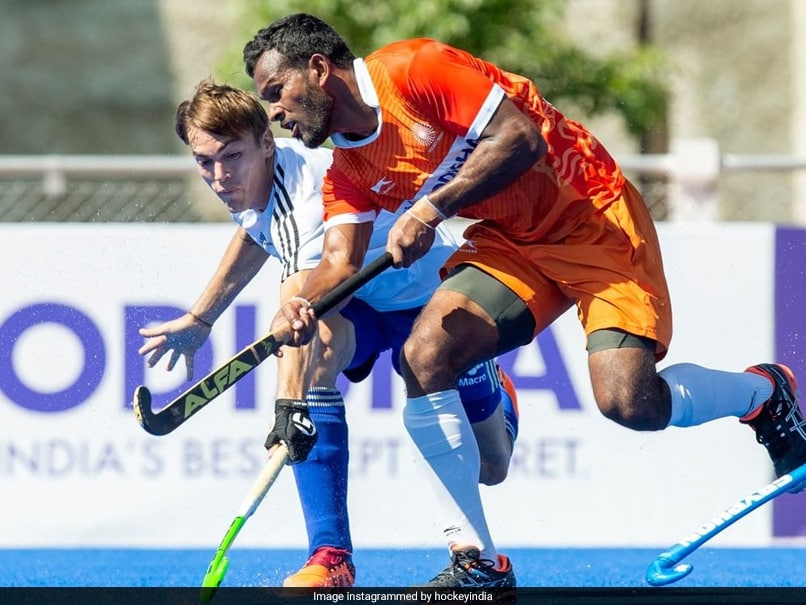 The Indian men’s hockey team made a positive start to its tour of Argentina, beating the reigning Olympic champions 4-3 in the first practice match. Nilakanta Sharma (16th minute), Harmanpreet Singh (28th), Rupinder Pal Singh (33rd) and Varun Kumar (47th) were the goal scorers for India late on Tuesday night. Dragflicker Leandro Tolini (35th, 53rd) and Maico Casella (41st) scored for the home team. “It was a very good practice match, intensely fought by both teams. It is always nice to come up with a win against a team like Olympic Champions Argentina as it amplifies our confidence levels,” India coach Graham Reid said of the win.

Both teams were slow to get off the blocks in the first quarter, but it was India who picked up pace in the second quarter.

Shilanand Lakra was the creator of India’s first goal as his immaculate assist found Nilakanta inside the circle and the striker put the ball past Argentina’s goalkeeper to hand the visitors lead.

India, thereafter, pushed the hosts on the backfoot with persistent attacks.

Argentina replied to India’s aggressive show by securing a penalty corner soon but experienced custodian PR Sreejesh made a brilliant save to keep the hosts at bay.

Dilpreet Singh then earned India a penalty corner in the 28th minute and Harmanpreet made no mistake to hand his team a 2-0 lead with a powerful strike.

Argentina made a strong comeback in the third quarter as they scored in the 32nd minute via Tolini, who was spot on while converting a penalty corner.

But India were quick to respond as they won a set piece in the 33rd minute through Jaskaran Singh and this time the seasoned Rupinder was bang on target to give a the tourists a 3-1 lead.

Argentina, however, reduced the margin again with another goal in the 42nd minute through Casella.

Soon after the Argentines earned another penalty corner but young India goalkeeper Krishan Bahadur Pathak came to his side’s rescue.

India put up a resolute fight to maintain their lead in the final quarter. In the 47th minute, Dilpreet earned another penalty corner for India and this time Varun, who has returned to the squad after recovering from a hamstring injury, sent the ball crashing into the Argentina net.

Though Argentina pulled another back in the 53rd minute through Tolini, the visiting team put up a spirited defence to end the game in its favour.

“We were able to create opportunities in the circle and also convert them. This was one of the areas we really put our minds to in the national camp,” Reid said.

“But we allowed Argentina to come back into the game particularly in the third quarter where they scored twice. When you play a strong team like them, we need to be consistent in all the quarters,” he added.

India will play their second practice match against Olympic champions Argentina on Wednesday.

“Each match we play is a learning experience and I feel we have scope to do better. We look forward to a good match on Wednesday too.

“These matches will surely help us when we take on the home team in the double header Pro League matches,” Reid said.

The Indian team is scheduled to play six matches against Argentina during its 16-day tour including the double-header FIH Hockey Pro league matches on April 11 and 12.