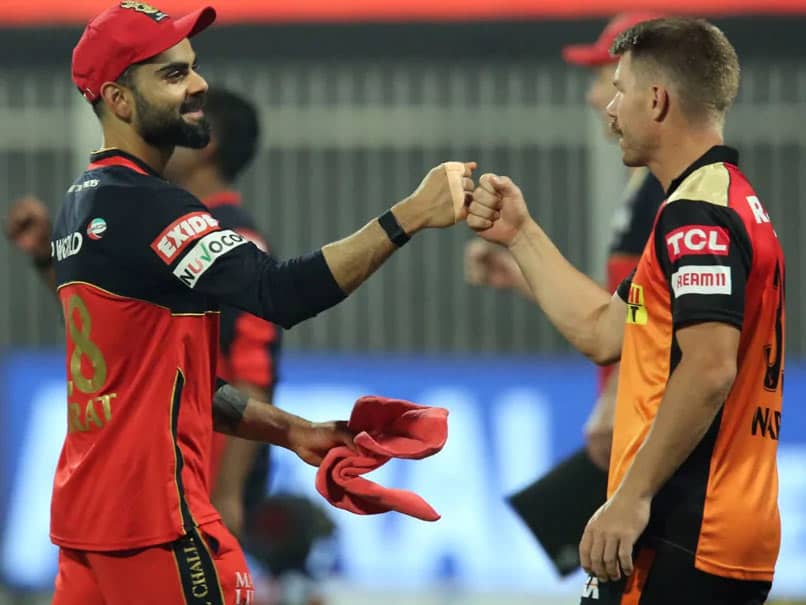 SRH vs RCB Live Score: SRH will look to get on the points table against RCB.© BCCI/IPL

David Warner-captained Sunrisers Hyderabad (SRH) will take on Royal Challengers Bangalore (RCB) led by Virat Kohli in Match 6 of the Indian Premier League (IPL) at the MA Chidambaram Stadium in Chennai on April 14. RCB, who were knocked out of the tournament by SRH last year, would be looking to avenge the defeat. RCB won their first match of the season against defending champions Mumbai Indians (MI) in IPL 2021 opener on April 9, whereas SRH suffered a 10-run defeat at the hands of Kolkata Knight Riders (KKR) in their first game. With the presence of batting and bowling heavyweights like AB de Villiers, Glenn Maxwell, Jonny Bairstow and Rashid Khan, fans can expect a run-fest in Chennai under lights. If Yuzvendra Chahal gets a chance in the playing XI, it will be his 100th cap in RCB colours in IPL. (LIVE SCORECARD)