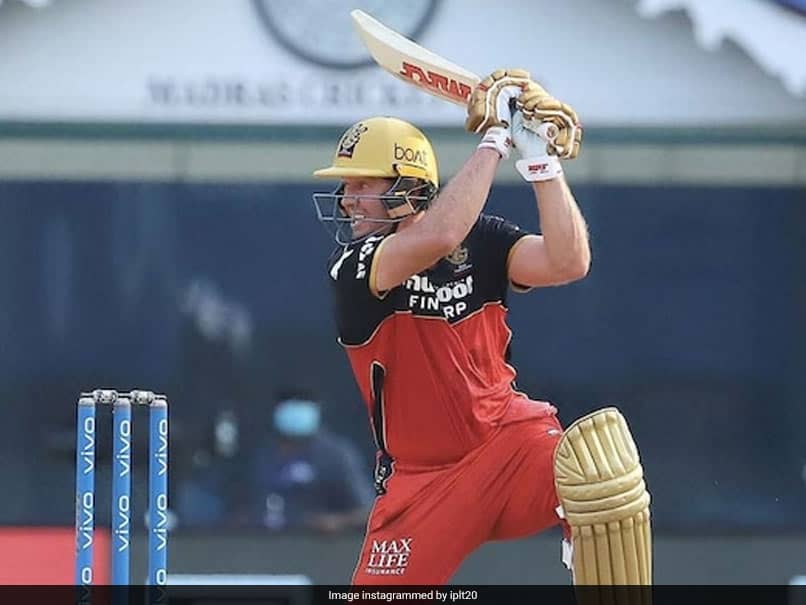 IPL 2021: AB de Villiers scored a fifty in RCB’s season opener and remains a threat for any opposition.© IPL/Instagram

Deepak Chahar, Faf du Plessis, Devdutt Padikkal and Virat Kohli were some of the players who fetched fantasy points in the bulk for their respective teams the last time they took the field. Chahar picked up four wickets in the Powerplay against Kolkata Knight Riders after du Plessis had helped CSK make 220 for 3. Padikkal hit his maiden IPL century and Kohli hit a fifty as RCB beat Rajasthan Royals by 10 wickets to remain undefeated in the season. Beside these stars, the likes of MS Dhoni, Sam Curran, Ravindra Jadeja, AB de Villiers and Glenn Maxwell will also be in action and there are plenty of fantasy points on offer with smart team selections.

AB de Villiers (Credits – 10): The South African heavyweight enjoys batting at Wankhede Stadium and he will be the best pick for the wicket-keepers’ slot in your fantasy team, ahead of CSK skipper MS Dhoni. De Villiers has been in good form, too, hitting 125 runs from four matches at a strike rate of 189.39 with one half century.

Devdutt Padikkal (Credits – 9): At just 9 credits, Padikkal is a good buy for an in-form batsman fresh off a century in his last outing. He has fetched 206 fantasy points in the league thus far despite having played only three out of RCB’s four matches. A partnership with Kohli similar to what they put up in the last game will ensure plenty of points for fantasy teams.

Ravindra Jadeja (Credits – 9): CSK’s first-choice all-rounder has fetched points with his fielding and catching so far and he is expected to fire with the bat and ball, too, as IPL moves towards its middle stages. Jadeja has accumulated 212 fantasy points this season.

Deepak Chahar (Credits – 8.5): Chahar destroyed CSK’s top order with four wickets in the Powerplay and a repeat of such a performance would help add to his burgeoning tally of 268 fantasy points. With eight wickets from four matches that include two four-wicket hauls, Chahar is Dhoni’s go-to man in the first six overs.