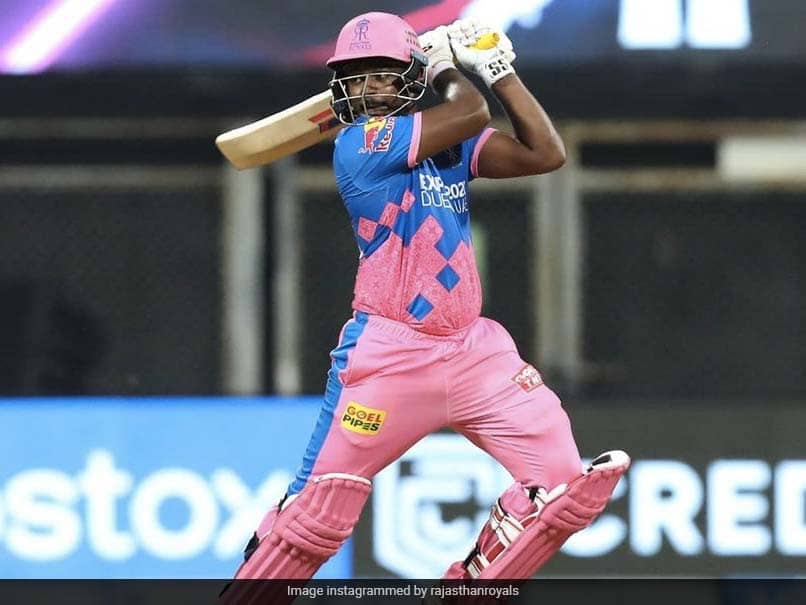 RR vs KKR: Sanju Samson will be hoping to put in a good display in Match 18 of IPL 2021.© Instagram

Both Rajasthan Royals (RR) and Kolkata Knight Riders (KKR) will be aiming to get their campaigns back on track when they face each other in the ongoing Indian Premier League (IPL) 2021 at the Wankhede Stadium on Saturday. RR are currently bottom of the eight-team table, with two points from four games. Led by Sanju Samson, they have only managed to win one fixture, and lost three. RR will be hoping to provide more support to their skipper, who has been in decent but erratic form in IPL 2021. In four matches, Samson has scored 145 runs with a high score of 119. On the other hand, KKR have also been poor this season and they are seventh in the standings. They have registered two points from four matches with a win and three defeats. All-rounder Andre Russell may have to do a repeat from the last match and gain some form and, in turn, some points in fantasy cricket. In four games he has taken seven wickets and scored 99 runs.

Here are the top picks for Saturday’s RR vs KKR IPL 2021 match:

Sanju Samson (Credits – 9.5): The RR skipper is considered by many to be his side’s best batsman and his wicket-keeping skills can come handy for fantasy cricket fans. Despite a ton in his side’s season opener vs Punjab Kings (PBKS), Sanju Samson couldn’t prevent a defeat. Since then, he has been in patchy form, managing to score only 26 runs in the other three games. If he finds his form vs KKR, he could be an excellent pick for 9.5 credits due to his power-hitting skills.

Nitish Rana (Credits – 9): Coming at 9 credits, Nitish Rana has been in good form this season and he is currently sixth in the Orange Cap race. He has scored 164 runs in four games in an otherwise disappointing season for KKR batsmen. Rana’s knack for scoring big when he gets in can be a good bet for points in the match.

Shivam Dube (Credits – 8.5): The all-rounder hasn’t really shown his match-winning skills with Rajasthan yet, but has been a reliable choice for Samson. Shivam Dube put up a good batting show against Royal Challengers Bangalore (RCB) with a fine knock (46 off 32 balls) but couldn’t prevent a defeat for his side. Against KKR, he will be hoping to build on his form and help RR stage a turnaround in IPL 2021.

Pat Cummins (Credits – 9): Coming at 9 credits, Pat Cummins will probably be the top pick for many fantasy cricket fans. During KKR’s recent defeat to Chennai Super Kings (CSK), the Australian pacer showed his batting skills with a fine unbeaten knock of 66 runs in 34 balls. Cummins will be hoping to add to his wicket-tally. He has picked up four wickets in four matches.