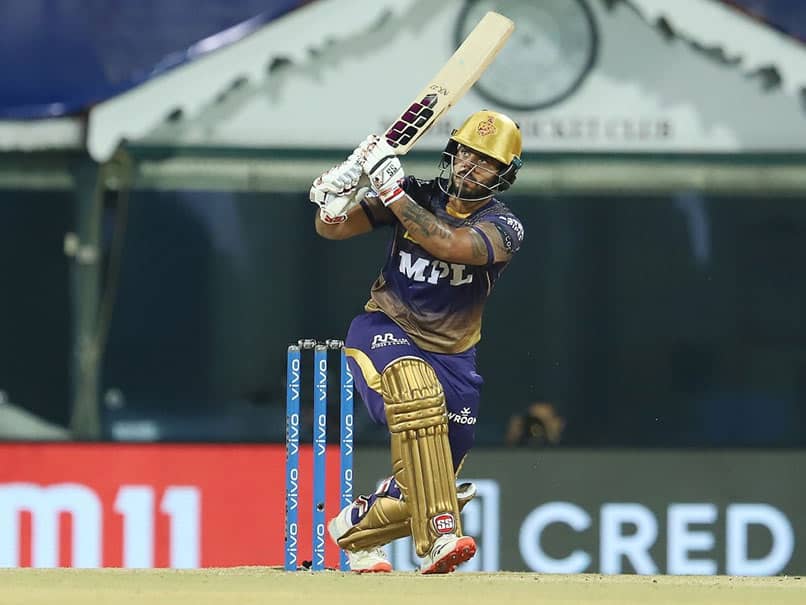 IPL 2021: Nitish Rana scored a half-century for KKR in their first match.© BCCI/IPL

Kolkata Knight Riders defeated SunRisers Hyderabad by 10 runs in their season opener in Indian Premier League (IPL) 2021, and they will look to add to their winning start when they take on the defending champions Mumbai Indians (MI), who on the other hand lost to Royal Challengers Bangalore, and will look to get back to winning ways. It was a clinical performance by KKR against SRH on Sunday as batsmen Nitish Rana (80 off 56), Rahul Tripathi (53 off 29) and Dinesh Karthik (22 off 9) starred with the bat before bowlers combined to choke SRH’s chase at the death.

A promotion to the top of the order did wonders for Rana as he played the perfect anchor in KKR’s innings. Studded with 9 fours and 4 sixes, Rana’s knock held the KKR innings together and he former crucial partnerships with Rahul Tripathi and Dinesh Karthik. A left-handed hard-hitting batsman, Rana can also play the aggressor at the top of the order as his strike rate of 135.96 suggests.

The former KKR skipper played the perfect finishing role for the team in the last match, smashing 22 off 9 balls with two fours and a six. Karthik has taken the finisher’s role for KKR over the past few seasons after being a middle-order batsman for a significant part of his IPL career. His T20I strike rate of 143.53 is better than his IPL strike rate of 129.99 and a move towards finishing the innings will help improve on that IPL record.

Cummins’ 12 wickets from 14 matches last season fell short of expectations but a world-class bowler like this Australian can’t be kept quiet for long. His return of 1 for 30 from 4 overs in KKR’s first match was the most economical among all bowlers, and with raw pace as one of his weapons, Cummins can take the pitch out of the equation and hurry batsmen into making mistakes.