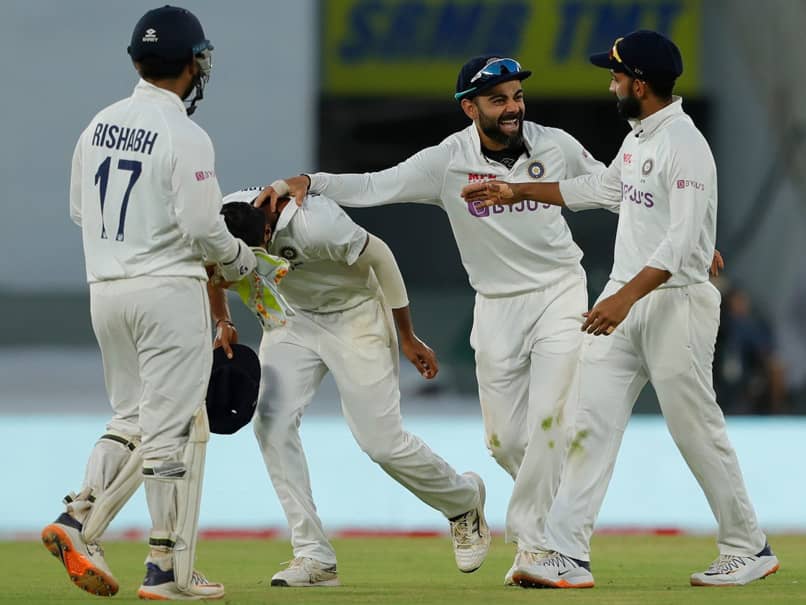 IND vs ENG: Virat Kohli during Day 2 of the third Test match, in Ahmedabad.© BCCI

With India defeating England in the third Test match, Virat Kohli overtook MS Dhoni to become the Indian captain with most Test wins on home soil. Kohli now has 22 wins at home in 29 Tests as skipper. Dhoni finished his career with 21 wins from 30 Tests at home. India won by 10 wickets on Day 2 of the third Test in Ahmedabad and have taken a 2-1 lead in the four-match series against Joe Root’s England. It is worth noting that Kohli is already India’s most successful Test captain with 35 wins.

In what was a strange match according to Kohli, India wrapped up a victory inside two days and will be taking on England in the fourth Test starting March 4 at the same venue.

As many as 17 wickets fell on Day 2, with spinners from both teams blitzing past batsmen with ease. The hosts had to chase down a small target of 49 runs in their second innings, and Rohit Sharma slammed a six to seal the victory.

The victory has also taken away England’s chances of making the World Test Championship final.

If India manage to not lose the final Test match in Ahmedabad, they will book a berth in the WTC final and face New Zealand.