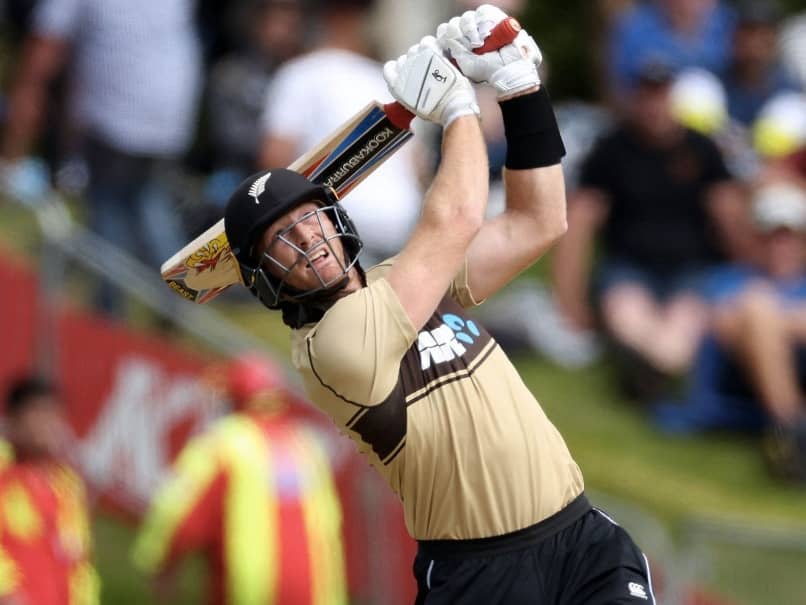 New Zealand batsman Martin Guptill on Thursday broke India opener Rohit Sharma’s record of most sixes in the shortest format of the game when he whacked eight maximums to announce his return to form. Going through a lean patch, Guptill slammed a whirlwind 97 off just 50 balls to steer New Zealand to 219 runs in the allotted 20 overs against Australia in the second T20I. Guptill hit eight sixes and six fours during his sensational knock to leapfrog Rohit’s record of most sixes in T20Is. Guptill now has 132 while Rohit has 127 sixes under his belt in the shortest format of the game.

In reply to New Zealand’s 219, Australia got off to a good start as the visitors smashed 33 runs from the first three overs. But Tim Southee removed Matthew Wade in the fourth over to put a brake on Australia’s chase.

But the visitors continued to bat risk-free and seven overs into the chase, Australia were 64/1 before Ish Sodhi dismissed skipper Aaron Finch on the last ball of the eight over.

Finch’s dismissal triggered a middle-order collapse which saw Australia losing wickets at regular intervals. The visitors were soon found reeling at 113/6 before Marcus Stoinis and Daniel Sams came out firing on cylinders.

The duo stitched a 92-run stand for the seventh wicket in just 37 balls but New Zealand held their nerve in the final over to prevail.