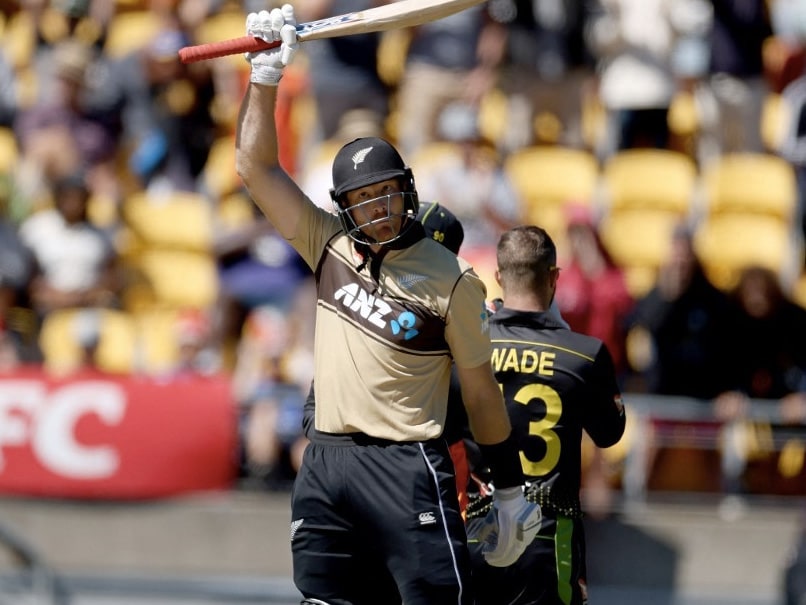 A century opening stand by Martin Guptill and Devon Conway saw New Zealand clinch their Twenty20 series against Australia in Wellington on Sunday after the tourists faltered in the face of an experimental spin attack. Set a target of 143 for victory in the fifth and final match, New Zealand claimed victory by seven wickets and took the series 3-2 with an emphatic 27 balls to spare. After being comprehensively outplayed in games three and four when batting second, New Zealand captain Kane Williamson knew he had to be innovative to win the series after he lost the toss and was asked to bowl first.

He put an emphasis on spin with his slow bowlers sending down 12 overs, the most for New Zealand in a Twenty20 match, and they took four of the eight wickets.

“We just wanted to put out a much-improved performance from the last two and it was great that we could show some signs of improvement,” Williamson said.

“Clearly, the slower bowlers on that wicket were a little bit trickier.”

Of the spin brigade, Ish Sodhi finished with 3-24 off his four overs, Hong Kong-born Mark Chapman, bowling for the first time for New Zealand, took 1-9 off two and Mitchell Santner conceded only 21 runs from his four.

Guptill, who had been out of form going into the series, silenced his critics with a masterful 71, including seven fours and four sixes, while Conway contributed 36 with the pair putting on 106 for the first wicket.

Glenn Phillips blasted New Zealand home with five fours and two sixes to be unbeaten on 34.

Although a Covid-19 outbreak in Auckland forced the last three matches to be played on the same wicket in Wellington in the space of five days, Australian captain Aaron Finch said it was his side’s batting and not a worn pitch that cost the tourists.

“We probably weren’t aggressive enough with the bat, myself led that at the top,” he said.

“We didnt get enough runs, we kept losing wickets at regular intervals. I thought (the pitch) played pretty well and Mitch Santner bowled beautifully with the new ball and didn’t allow us to get away to a flyer.”

Matthew Wade top scored for the tourists with 44 while Finch contributed 36 and Marcus Stoinis made 24.