Bhavish Aggarwal surveys the empty 500-acre expanse encircled by neon-painted homes, tiny shrines and mango groves. The high-profile Ola founder hopes to erect the world’s largest electric scooter plant on this vacant plot on Bangalore’s outskirts within the next 12 weeks, cranking out about 2 million a year – a landmark for one of India’s largest startups.

A two-and-a-half hour drive southeast of Bangalore, Aggarwal’s envisioned $330 million (roughly Rs. 2,400 crores) mega-factory marks a bold foray into uncharted territory for an entrepreneur who’s spent 10 years building a ride-hailing giant. His follow-up Ola Electric is getting into an electric vehicle market already crowded by names from Tesla to China’s Nio – albeit with a humble two-wheeler initially – but that could play in a $200 billion (roughly Rs. 14,64,550 crores) domestic EV industry in a decade. 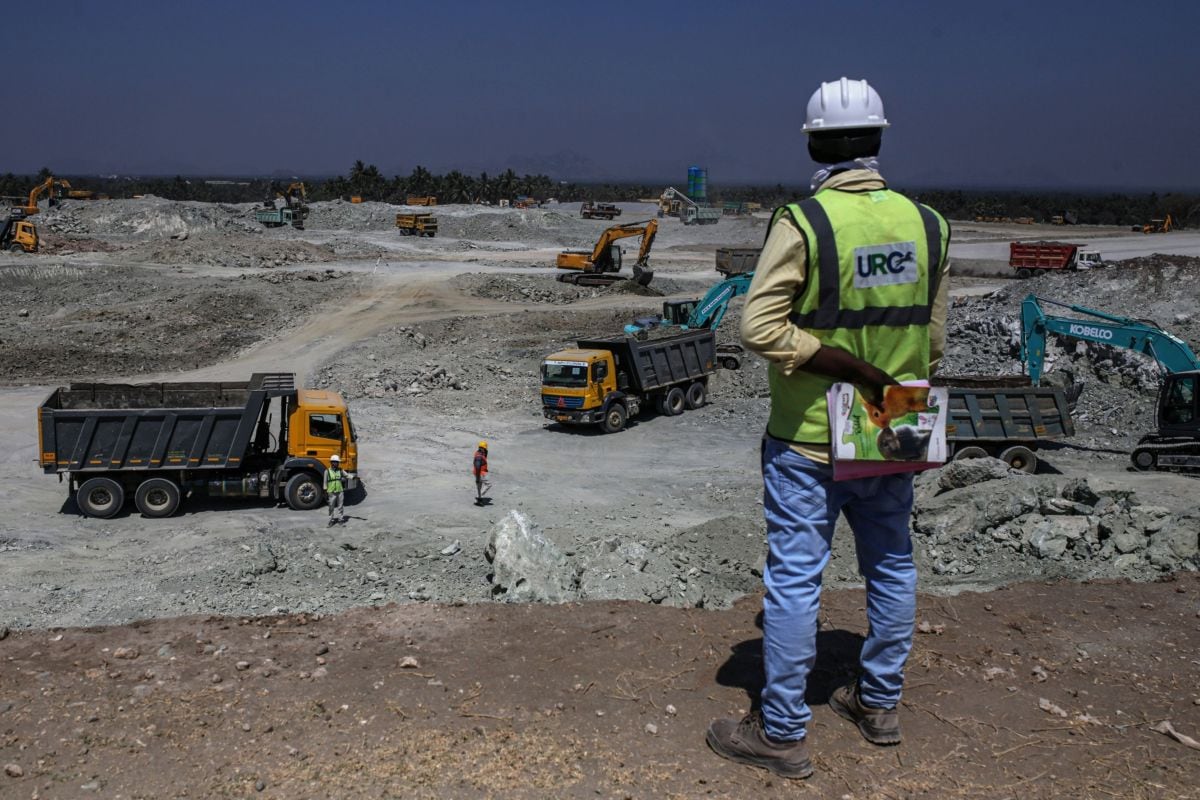 If all goes according to plan, his Ola Electric Mobility hopes to make 10 million vehicles annually or 15 percent of the world’s e-scooters by the summer of 2022, starting with sales abroad later this year. That would be one scooter rolling out every two seconds after the plant expands next year. It’s the first step in Aggarwal’s goal to eventually assemble a full line-up of electric cars in a boost for Prime Minister Narendra Modi’s Make in India and sustainable mobility ambitions.

“It’s a vehicle we’ve engineered ground-up so India can get a seat at the world EV table,” the 35-year-old said in an interview last week. Indian companies “have the smarts and energy to leapfrog into the future of EV.”

Aggarwal is getting into the market just as the core business of ride-hailing slows during the pandemic. Fume-spewing scooters and motorcycles remain the most popular mode of transport in India’s infamously polluted cities. But the country is now pushing electric vehicles and self-reliance in battery technologies that could, according to the think-tank CEEW Centre for Energy Finance, underpin a $206 billion (roughly Rs. 15,08,490 crores) EV market in 10 years.

That won’t be easy. Middle-class Indians worry about air quality but are reluctant – at current rates – to fork out twice the price of a regular scooter for an electric version. Aggarwal too will have to fend off competition from not just local rivals Hero and Bajaj Auto, but also up-and-comers such as Ather Energy and Chinese brands including Niu Technologies.

The entrepreneur takes inspiration from the likes of Tesla, Nio, and Xpeng, which have out-engineered established auto giants with ever-cheaper batteries and over-the-air software capabilities, but he’s taking a different tack. He wants to sell affordable two-, three- and four-wheelers for urban rides. “Our ambition is to build the world’s leading urban mobility EV company,” he said.

Ola Electric is Aggarwal’s second act. A decade ago, he pioneered ride-hailing in the country and took on Uber, expanding across 200 cities before heading overseas to the UK, Australia, and New Zealand. His EV startup was incorporated in 2017 and became a billion-dollar company, or unicorn, two years later, when SoftBank and Tiger Global Management forked out hundreds of millions. It was the second time for the pair of global investors, even though Aggarwal had fought them to maintain control of Ola.

This time round, he’s even more firmly in the driving seat. He’s also secured capital from Hyundai and Kia Motors and recently won over more backers whose names he wouldn’t reveal.

Aggarwal, who often interrupts himself to ask “What do you think?,” wants to introduce five two-wheeler models at the outset, including mass-market, premium, and self-balancing versions. Even more audaciously, he wants to get the first electric cars on Indian roads in 18 to 24 months. He talks about someday selling autonomous vehicles and futuristic four-wheelers that don’t look like cars.

On this particular Thursday, he zipped around on a sleek scooter prototype in the office park in the Koramangala neighborhood, the epicenter of Bangalore’s startup scene. He showed off novel lighting, removable batteries and a large storage trunk. His plan is to sell the scooters digitally as well as via dealerships, offering monthly payment plans to make it easier on buyers’ pockets.

Vehicle affordability could be key to cracking the India market, and it boils down to the running cost per kilometer. Aggarwal’s not revealing prices yet but said his product would compete with traditional scooters going for about $1,000 (roughly Rs. 73,000) apiece. “We’ll drive costs down by playing at scale.”

To keep costs in check, Ola is designing, engineering and manufacturing its own battery pack, motor, vehicle computer and software. Like Tesla, it wants to keep costs down by building its own power cells. It’s testing charging solutions and battery-swapping stations. Last year, it acquired Amsterdam-based smart scooter startup Etergo BV to jumpstart its own scooter manufacturing.

Ola’s factory site will sport more than 3,000 robots working alongside 10,000 workers. Software built by its 1,000-member team – mostly engineers – will divvy up the work. The factory’s roof will be covered with solar panels and be carbon negative. Two supplier parks at either end of the complex will make about half of the scooter components required.

Aggarwal oversees it all scrupulously. Once a week, he trudges around the construction site checking on progress. On other days, cameras mounted on tall pipes around the site relay the action directly to his desk. His pride is evident: a graduate of the elite Indian Institute of Technology, he said he designed the automated storage, retrieval and delivery system for the electric scooters and won a patent for it.

“It has to come in handy sometime, right?” he said of his education, using the popular Hindi phrase “kahin toh kaam aana chahiye na.”

Are Amazonbasics TVs Good Enough to Beat Mi TVs in India? We discussed this on Orbital, our weekly technology podcast, which you can subscribe to via Apple Podcasts, Google Podcasts, or RSS, download the episode, or just hit the play button below.