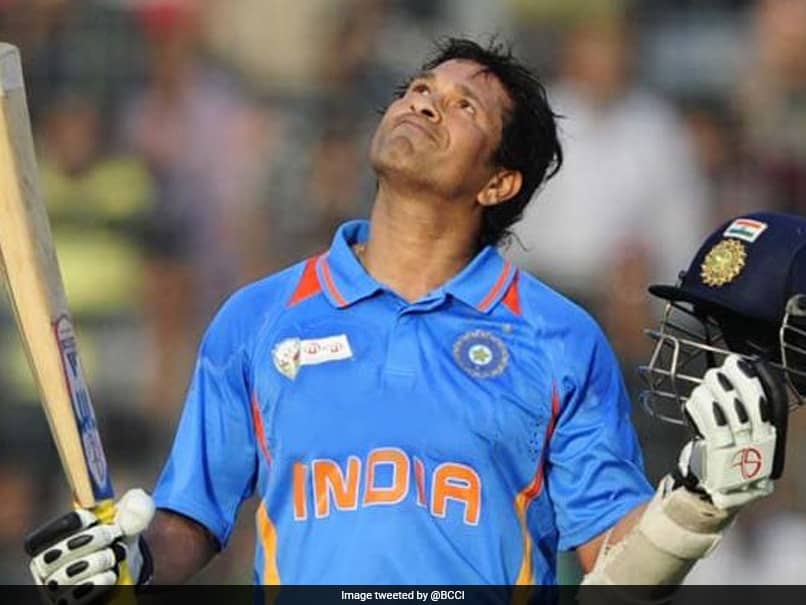 On this day in 2012, legendary batsman Sachin Tendulkar became the first – and until now only – cricketer to score a hundred international centuries. Playing against Bangladesh in Dhaka, the “Master Blaster” reached the magical three-figure mark for the last time in his international career. Remembering the occasion, the Board of Control for Cricket in India tweeted “A century of centuries! #OnThisDay in 2012, the Master Blaster @sachin_rt became the only batsman in the history of cricket to notch up Hundred points 100th international hundred.”

A century of centuries! #OnThisDay in 2012, the Master Blaster @sachin_rt became the only batsman in the history of cricket to notch up th international hundred #TeamIndia pic.twitter.com/JfqRYa45r0

It was his 49th ODI century, to go with the 51 tons he notched in Test cricket.

The milestone came at the Sher-e-Bangla Stadium in Dhaka against Bangladesh in the Asia Cup. He brought up the century off 138 deliveries and finished with 114 off 147 balls.

He helped India finish at 289/5, but his final international century unfortunately came in a losing cause as Bangladesh chased down the total with just four deliveries to spare.

Tendulkar leads the list of international centuries by quite a margin. Behind his 100 centuries is former Australia captain Ricky Ponting with 71, while Virat Kohli is close behind with 70 centuries so far.

Tendulkar finished his career with a record 200 Tests, 463 ODIs and a lone T20 International. He scored 15,921 runs in the longest format and 18426 in ODIs, and remains the highest run-scorer in both formats.