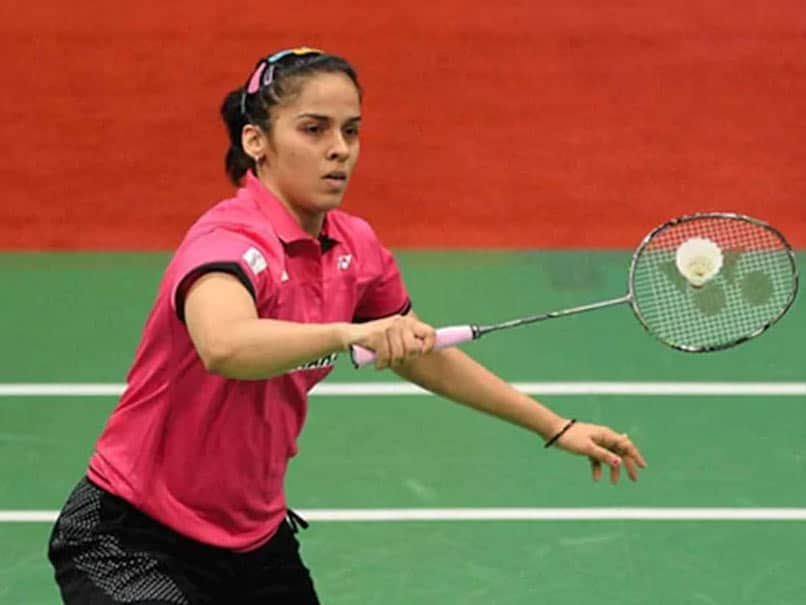 Saina Nehwal progressed to the quarter-finals of the Orleans Masters in Paris.© AFP

India shuttler Saina Nehwal on Thursday progressed to the quarter-finals of the ongoing Orleans Masters. Saina triumphed over France’s Marie Batomene 18-21, 21-15, 21-10 in the second-round match which lasted for about 51 minutes. In the opening game, Saina went down 18-21 but she staged a remarkable comeback in the next two games to progress ahead in the Super 100 event, which is also a part of the Badminton World Federation’s (BWF) revised Olympic qualification period. Saina’s game kept on getting better as the match progressed and she brought her ‘A’ game in the third and deciding game.

India’s Ira Sharma also progressed to the quarter-finals after she defeated Bulgaria’s Mariya Mitsova 21-18, 21-13 in the second round which lasted for about 32 minutes.

Saina and Kidambi Srikanth had got off to a winning start in the Orleans Masters on Wednesday.

Saina completely dominated Ireland’s Rachael Darragh to secure a commanding 21-9, 21-5 win. Srikanth, on the other hand, defeated compatriot Ajay Jayaram 21-15, 21-10 to progress to the third round.

In women’s doubles, Ashwini Ponnappa and N Sikki Reddy cruised into the next round after registering a 21-9, 17-21, 21-19 win over Amalie Magelund and Freja Ravn.