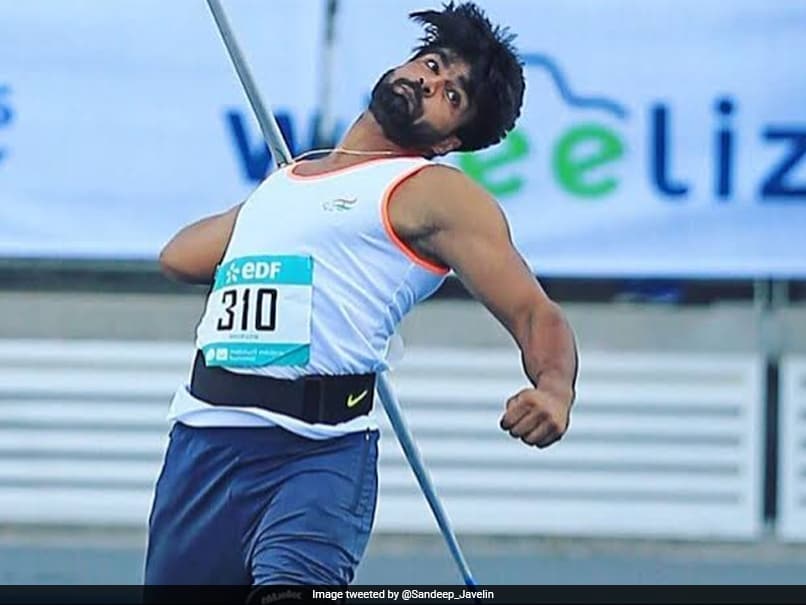 World champion and Paralympics-bound javelin thrower Sandeep Chaudhary’s missed out-of-competition dope test will not be considered a whereabouts clause violation as he had given information of his new location in advance, the International Paralympic Committee has ruled. Chaudhary, who is under the Target Olympic Podium Scheme (TOPS) of the government, was not available at the Jawaharlal Nehru Stadium complex when a dope control officer (DCO) came to take his sample last month. “The athlete was not available for testing at his mentioned location. The DCO received confirmation from both the athlete (via phone) and his coach that he had gone to his hometown. Normally this would constitute a Whereabouts Failure,” the IPC letter said.

“Fortunately for the athlete he was able to prove that he emailed adams@wada-ama.org on 23 February 2021 with his new whereabouts (location) details until 28 February.

“He did so because he was experiencing issues with ADAMS (Anti-Doping Administration & Management System) at the time. Due to this reason, we will not move forward with a Whereabouts Failure.”

A missed test may be recorded if an athlete is unavailable at his ADAMS account address in the declared 60-minute window. Three such ‘missed’ tests in 12 months may constitute an anti-doping violation and an athlete can be banned for upto two years for a first violation.

But the IPC in a letter to the Paralympic Committee of India (PCI) said a whereabouts failure will not be recorded against Chaudhary.

But the IPC warned that “if the same situation occur again in the future, we might move forward with a potential Whereabouts Failure”.

“In future should he experience any issues with ADAMS and he would like to email his updated whereabouts information, he should do it to antidoping@paralympic.org and not directly to ADAMS as the IPC does not receive the information directly,” the letter read.

The 24-year-old Chaudhary, who had also won a javelin gold in the 2018 Asian Para Games in Indonesia, could not be immediately reached for a comment.

He is one of the three Indian para athletes included in the registered testing pool of the International Paralympic Committee, the other two being Sundar Singh Gurjar and Sumit — both Tokyo Paralympic-bound javelin throwers.

An athlete included in the RTP must provide home address, training information and locations, competition schedules, one 60-minute time period a day, where he/she will be available for testing.

Chaudhary normally competes in the F-44 category which is meant for athletes who have leg amputations or reduced function in one or both legs. They compete without a prosthesis.

He booked a Tokyo Paralympics berth by winning the gold in the 2019 World Para Athletic Championship with a world record throw of 66.18m.