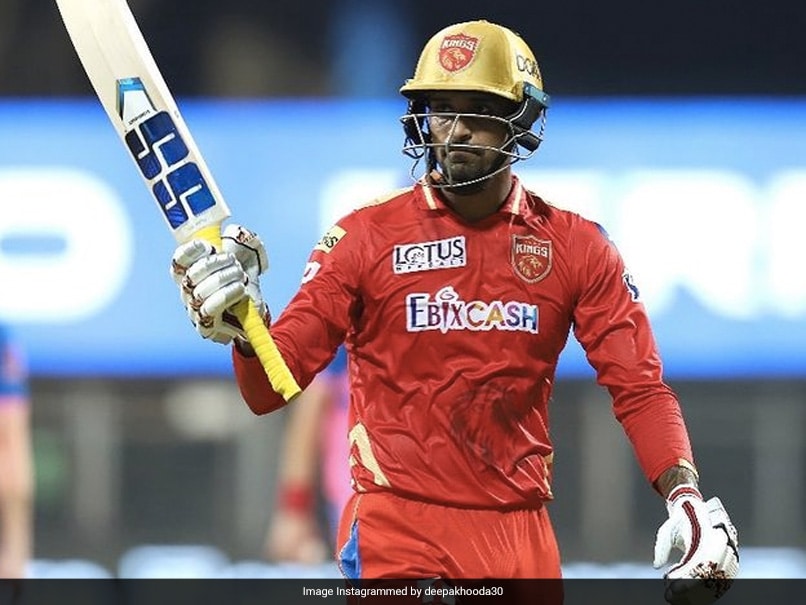 Having started with a victory in the ongoing Indian Premier League (IPL) 2021 campaign, Punjab Kings (PBKS) will be aiming to build on their momentum when they face Chennai Super Kings (CSK) in Match 8 at the Wankhede Stadium on Friday. PBKS defeated Rajasthan Royals (RR) by four runs in Match 4, on Monday. Captain KL Rahul carried on with his fine form from IPL 2020, slamming 91 runs off 50 balls against Rajasthan. Punjab set a target of 222 runs, with Arshdeep Singh and Mohammed Shami putting in top bowling displays to restrict Rajasthan to 217 for seven in 20 overs. Arshdeep took three wickets in four overs, conceding 35 runs. Shami scalped two dismissals in four overs, conceding 33 runs.

Other than the big names like Chris Gayle, Rahul, Nicholas Pooran and Mayank Agarwal, PBKS will be hoping for the likes of Deepak Hooda to shine against CSK in IPL 2021’s Match 8.

Here are the Punjab Kings (PBKS) players to watch out for:

Against Rajasthan, Deepak Hooda scored 64 runs off just 28 balls, packed with four fours and six sixes. The Baroda cricketer will be aiming to cement a place in Anil Kumble’s playing XI this season.

Shahrukh Khan is currently playing in his debut IPL season, courtesy of some superb displays in the 2021 Syed Mushtaq Ali Trophy. The batsman was part of Tamil Nadu’s team, which won the Syed Mushtaq Ali final this year, and he hogged the limelight due to his big-hitting displays.

PBKS bought him for Rs 5.25 crore during the IPL 2021 Player Auction. He featured in the victory against Rajasthan, and remained unbeaten after scoring six runs off four balls. Shahrukh will be aiming to replicate his Tamil Nadu form for Punjab in IPL 2021.

Another cricketer in his debut IPL season, Australian fast bowler Jhye Richardson has already taken a wicket in the ongoing season. During the win against RR, Richardson dismissed Jos Buttler, but was taken for plenty, conceding 55 runs in four overs.

The 24-year-old will be hoping to be more economical in the upcoming match, and learn from experienced players like Mohammed Shami, who took two wickets vs RR.