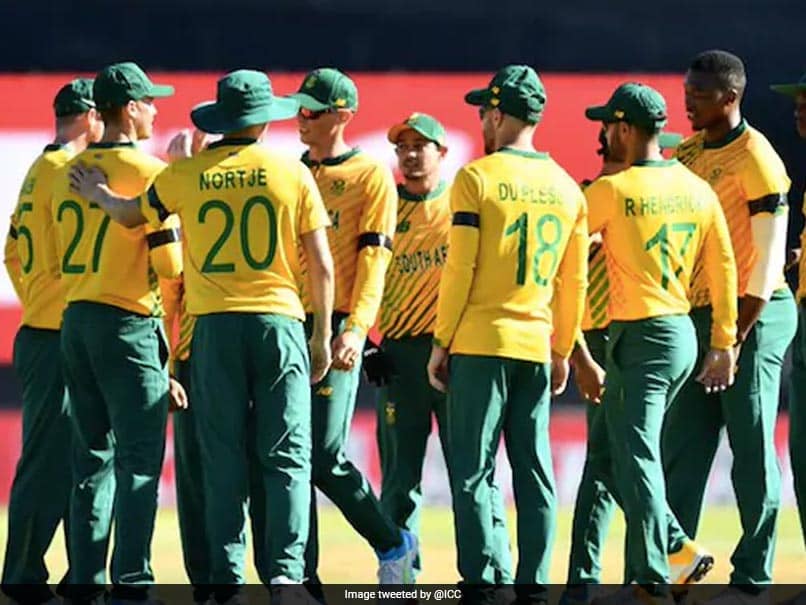 South African cricketers featuring in IPL will reportedly leave for India after the second game.© Twitter

Cricket South Africa (CSA) has decided to allow its IPL-bound players, who are also the part of Proteas squad for the Pakistan series, to leave for India after the second ODI on April 4. Pakistan will play three ICC World Cup Super League matches from April 2-7 and four T20Is from April 10-16 but the South African cricketers featuring in the IPL will leave for India after the second game. A number of South African players — Kagiso Rabada and Anrich Nortje (both Delhi Capitals) hard hitter David Miller (Rajasthan Royals), pacer Lungi Ngidi (Chennai Super Kings), and wicket-keeper batsman Quinton de Kock (Mumbai Indians) — are expected to join their respective franchises ahead of IPL 2021.

According to a report in ESPNcricinfo, the IPL teams are checking on arranging a chartered flight so that the players don’t miss the opening fixtures.

As per BCCI’s SOPs for IPL 2021, all players (except for those from the India-England series), support staff, and management entering the bubble need to undergo a seven-day quarantine period in their hotel rooms.

Last month, New Zealand Cricket (NZC) said that it be would be granting No-Objection Certificates (NOCs) to its players for the upcoming IPL edition.

Along with granting NOCs, it has also been confirmed that the Kiwis would be available for the entire edition of the T20 tournament.

New Zealand Cricket spokesperson Richard Boock confirmed to ANI via email that the board would be granting NOCs and the players would be available for the entire edition of the IPL.

IPL 2021 will begin on April 9 this year with RCB and Mumbai Indians facing each other in the tournament opener.