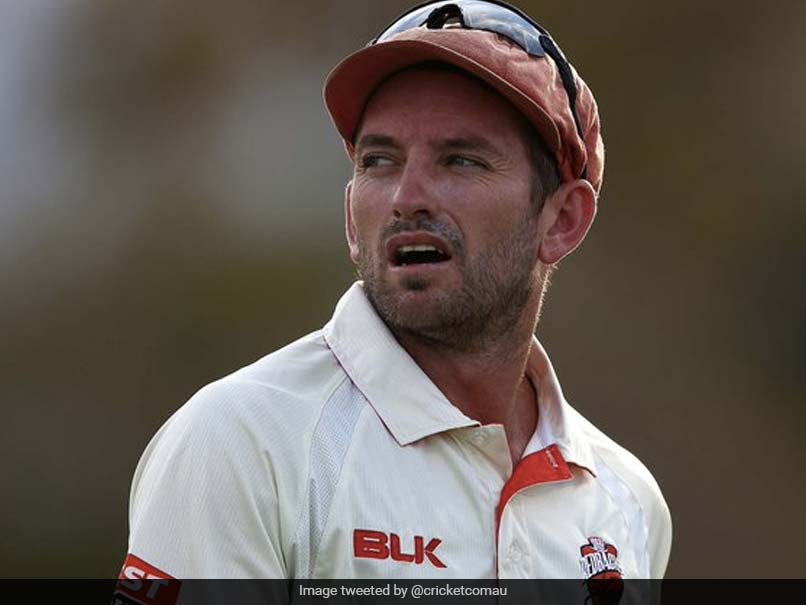 South Australia bowler Chadd Sayers on Thursday announced his retirement from first-class cricket after 10 years at the top level. Sayers will pull on the South Australian uniform for the final time against Victoria at CitiPower Centre, Junction Oval on Saturday, to signal the end of an illustrious career. Sayers, 33, will finish as one of the greatest players to ever represent the State, and he will sign off as South Australia’s third-highest wicket-taker, currently with 278 Shield wickets and best figures of 8/64. The right-arm swingman can also proudly hold one Test cap to his name and two Test wickets, the first of which was AB de Villiers.

“I believe the timing is now right for me to step away from first-class cricket at the conclusion of this season. I have enjoyed every moment, the highs and lows, and all the memories in between, but I feel that it is time – I now have a young family and there were no guarantees of a contract next year,” said Sayers in an official release.

Sayers took 62 Shield wickets in the 2016-17 season which led the Redbacks to the final in Alice Springs, and he was also named Sheffield Shield Player of the Year.

In that final, he was lauded for his relentless efforts in the stifling heat, returning first innings figures of 7/84 after league leaders Victoria had won the toss and batted.

He also famously took a hat-trick at Adelaide Oval against Queensland in 2015, the first time a South Australian had achieved the feat after Andrew Sincock in 1977.

West End Redbacks Head Coach Jason Gillespie said: “Everyone at SACA congratulates and thanks Chadd for his impressive and unwavering service to the State for the last decade and wishes him well for the next stage of his life, including enjoying time with his young family.

“Chadd will always be welcome through the gates of Adelaide Oval, and he will remain a benchmark for our bowlers and young players for years to come,” he added.

Sayers will play his 71st and final match for South Australia on Saturday when he will have the opportunity to exceed 280 Sheffield Shield wickets.