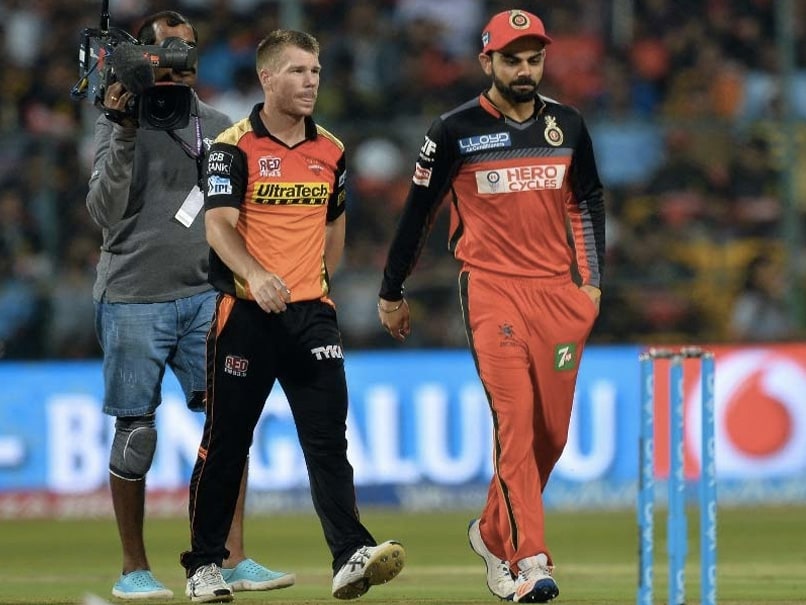 SunRisers Hyderabad (SRH) will take on Royal Challengers Bangalore (RCB) in Match 6 of the ongoing 14th edition of the Indian Premier League (IPL) at the MA Chidambaram Stadium in Chennai on April 14. The Virat Kohli-captained side will look to make it two wins out of two and earn a place at the top of the table, while on the other hand, David Warner‘s SRH will have their task cut out after their 10-run loss to Kolkata Knight Riders (KKR) in the opening game of their IPL 2021 season. The presence of a perfect balance of foreign as well as Indian superstars like Glenn Maxwell, Devdutt Padikkal, Rashid Khan, T Natarajan, AB de Villiers, Jason Roy, Jonny Bairstow and Kane Williamson makes this clash an enticing prospect for fans playing fantasy leagues.

Virat Kohli (Credits – 10.5): The RCB captain has gone past the 400-run mark in each of the last three IPL seasons. In the first match too, he looked good after a classy 33 runs before being dismissed. As far as making it to the fantasy XI, there can’t be a better choice than Kohli due to his consistent run-of-form in IPL cricket over the years.

His decision to open for his franchise this entire IPL is good news for fans picking him in their playing XI, as this will give the Indian captain more time in the middle.

David Warner (Credits – 10.5): The 2016 IPL-winning captain has been a run-machine in IPL cricket over the years. He has managed to go past 500 runs in all IPL seasons since 2014, which sums up the consistency quotient that the Australian brings to the table.

Although he managed only three runs in the opener against KKR, Warner will be eager to get the run flowing at the top of the innings for SRH.

AB de Villiers (Credits – 10): The South African has been a pillar in RCB’s batting and a dependable figure over the years. A middle-order rock, De Villiers has gone past 400 runs in the past three seasons and even got on the scoresheet with 48 runs in their opener against defending champions Mumbai Indians on April 9.

With his wicketkeeping as an add-on, the South African brings the option of gathering a plethora of points in the fantasy leagues.

Rashid Khan (Credits – 9.5): The Afghanistan spinner has been a revelation in IPL for SRH. His wicket-taking abilities to go along with his stroke-play down the order makes him a decent choice in fantasy teams. In 63 matches, Khan has 77 wickets at an amazing strike-rate of 19.48. In the first match, he took two wickets giving away only 24 runs.

Note: Price of the players are mentioned beside their names as provided by iplt20.com.