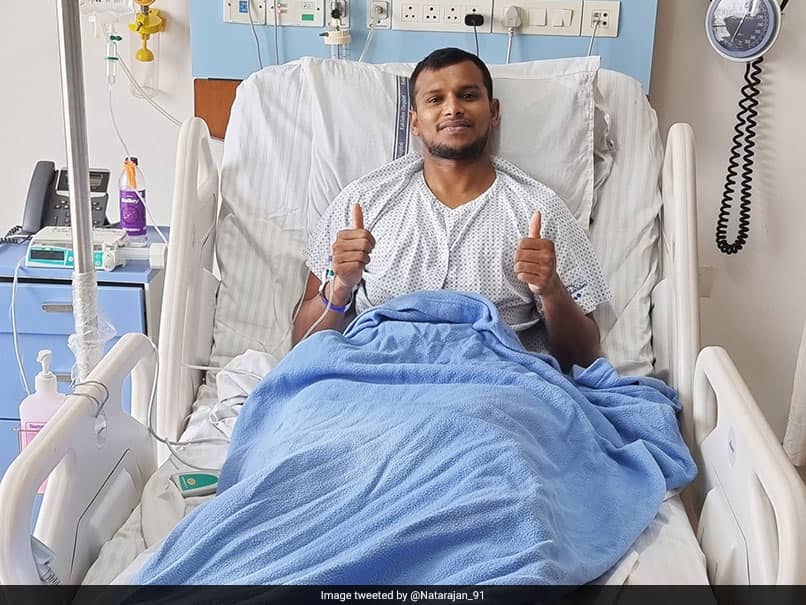 T Natarajan promised to come back stronger and fitter than ever before.© Twitter

India pacer T Natarajan took to Instagram to reveal that he underwent a successful knee surgery on Tuesday. Natarajan shared a picture of him from a hospital and said that the “road back” to the cricket field is long but he is looking to be back “stronger and fitter” than ever before. “Today, I underwent knee surgery- and am grateful for the expertise, attention and kindness of the medical team, surgeons, doctors, nurses and staff. I’m grateful to #bcci and to all that have wished well for me. The road back to the 22 yards is long. But I have taken the most crucial step today. Looking forward to coming back – stronger and fitter than ever before. Thanks to all of you for your support, blessings and good wishes,” Natarajan captioned the post on Instagram.

The left-arm fast-bowler, who plays for SunRisers Hyderabad in the Indian Premier League, was ruled out of the ongoing tournament on April 22.

Natarajan featured in two matches in this year’s IPL for SRH and he picked up a couple of wickets.

Earlier this year, Natarajan became the first Indian to make international debut in all the three formats on the same tour — India’s tour Down Under.

He went on the tour of Australia as a net bowler but as the visitors struggled with injury on a long tour, the left-armer got his chance which he grabbed with both hands.