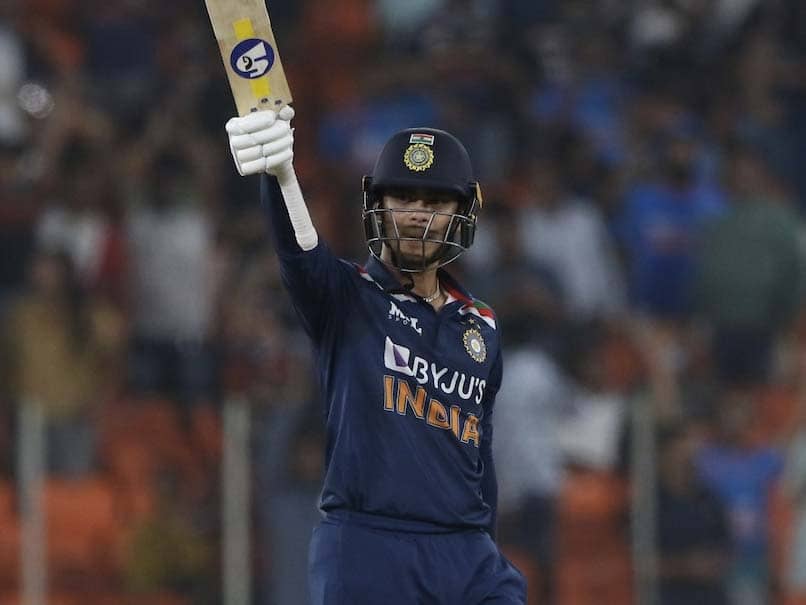 Ishan Kishan had a dream debut as he became only the second Indian batsman to score a half-century on his Twenty20 International debut. Kishan smashed 56 runs off just 32 balls in the second T20I of the five-match series on Sunday. Former India batsman Virender Sehwag took to Twitter to praise the young wicketkeeper-batsman who plays domestic cricket for Jharkhand and found a similarity between him and former India captain MS Dhoni. Dhoni announced himself at the international stage when he got a chance to bat up the order and similarly Kishan got a chance to open the innings and he took the opportunity with both hands.

A young keeper batsman from Jharkhand promoted up the batting order and proving his caliber. This has happened before.

Loved the fearlessness and attacking batting of Ishan Kishan. pic.twitter.com/874tXa0uoz

“A young keeper batsman from Jharkhand promoted up the batting order and proving his caliber. This has happened before. Loved the fearlessness and attacking batting of Ishan Kishan,” Sehwag tweeted.

Apart from Sehwag other former cricketers were also left in awe of Kishan’s whirlwind knock.

What a dream debut for @ishankishan51 absolutely fearless about his game ! That’s the beauty of playing ipl at a young age you just used to the atmosphere and you go and express your self ! !! And skipper is back with some class of his own !!@imVkohli #ENGvIND t20

In the match, Indian bowlers managed to restrict a strong England batting lineup to a below-part total of 164 for six.

Shardul Thakur and Washington Sundar picked up two wickets apiece while Yuvendra Chahal and Bhuvneshwar Kumar also managed to take one wicket each.

In reply, India got off to a poor start as they KL Rahul for a duck.

India captain Virat Kohli then joined Ishan Kishan in the middle and the duo added 94 runs for the second wicket to setup the win for the hosts.

Kohli remained unbeaten on 73 and finished the game with a six over fine leg to level the five-match series 1-1.