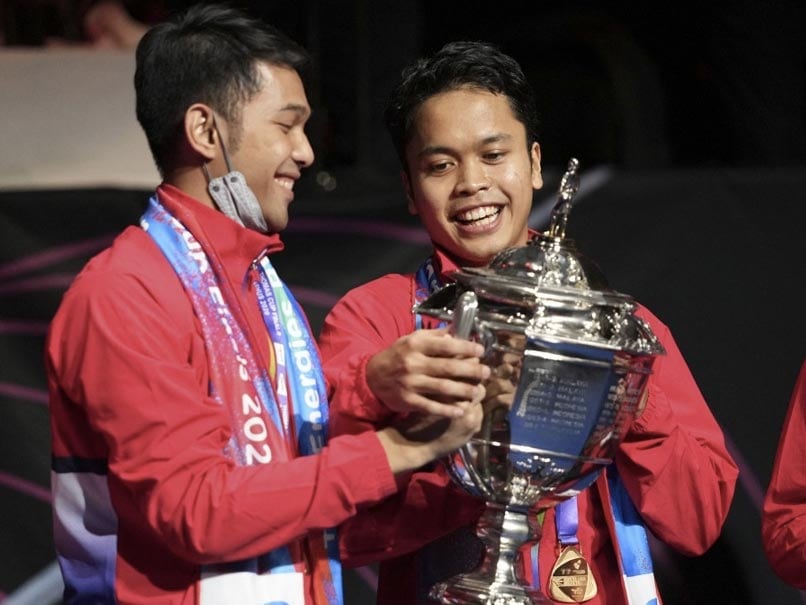 Indonesian men’s badminton team won against China in the final match of the Thomas Cup 2021.© AFP

The Indonesian men’s badminton team on Sunday defeated China in the final match of the Thomas Cup 2021. The Asian powerhouse had won 13 titles before this, but they got stuck on that number since 2002. They had featured in two more finals, in 2010 and 2016, failing both times. The Indonesians were near-perfect in their dismantling of a younger, relatively inexperienced Chinese team, who were seeking the Thomas Cup having already won the two other major team titles recently — the Sudirman Cup and the Uber Cup.

In the first match on Saturday, Indonesia started off with a win after Anthony Sinisuka Ginting claimed the victory against Lu Guangzu by 18-21, 21-14, 21-16.

In the next game, the doubles pair of Fajar Alfian and Muhammad Rian Ardianto sealed the win by 21-12, 21-19 against He Jiting and Zhou Haodong.

There were no nervous moments, no self-doubt. And as soon as the final point was won the rest of the team flooded the arena.