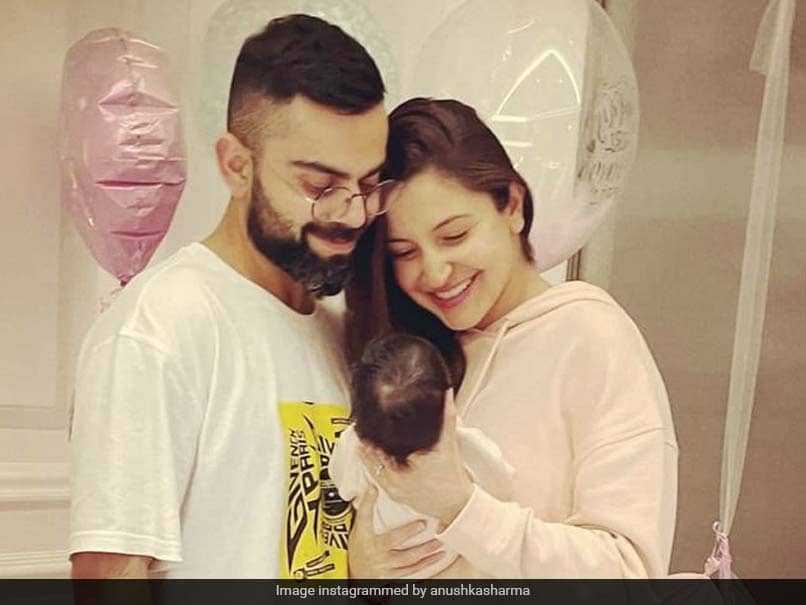 Virat Kohli and Anushka Sharma were snapped at an airport with their daughter.© Instagram

Virat Kohli and Anushka Sharma were spotted with their daughter Vamika at an airport. Columnist Shobhaa De took to Instagram to share the image on Sunday, praising them for travelling and behaving like regular folks. “Great to see superstar parents behaving like regular folks travelling with a newborn – minus nannies and an entourage.Setting the right example,” Shobhaa De captioned the image.

Team India landed in Pune on Sunday for the upcoming three-match ODI series against England.

Kohli found his form back in the recently-concluded five-match T20I series against England. The Indian captain scored 231 runs in five matches, including three half-centuries.

For his outstanding effort with the bat, Kohli was adjudged player of the series.

India are scheduled to play three ODI matches against England in Pune, the first match will be played on Tuesday.

All the three matches will be held at the same venue and will be played behind closed doors as a precautionary measure against the coronavirus.

India have three fresh faces in their ODI squad which was announced on Friday.