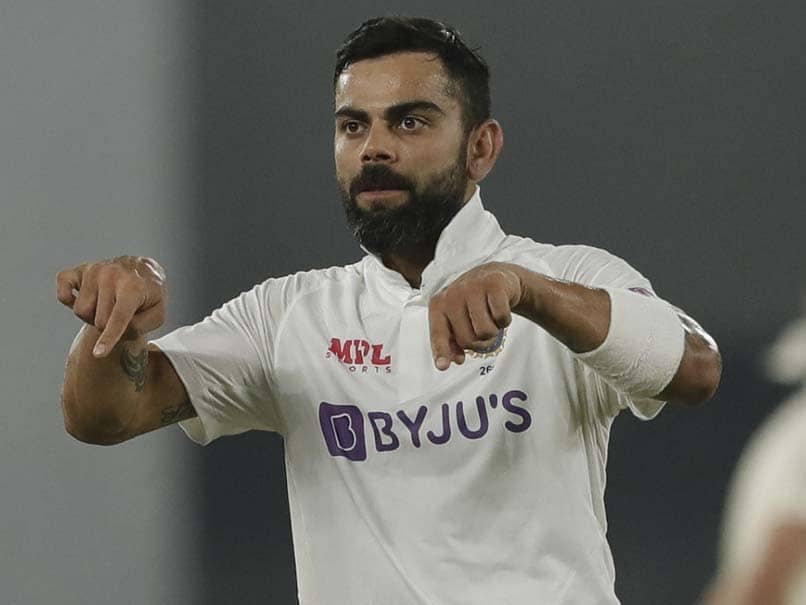 Virat Kohli is set to equal MS Dhoni’s record for having captained India in most Tests.© BCCI

Virat Kohli is set to equal MS Dhoni’s record of most matches as captain of the Indian team in Tests when India take on England in the fourth Test in Ahmedabad. The match will be Kohli’s 60th Test as captain, and it will take him level with Dhoni. The right-handed batsman is also 17 runs away from 12,000 international runs as captain, a feat achieved only by Australia’s Ricky Ponting and South Africa’s Graeme Smith before him. Ponting scored 15,440 runs as Australia skipper, while Graeme Smith had 14,878 runs under his belt while leading South Africa.

Kohli is also one century away from surpassing Ricky Ponting for most tons as international captain. The last time he crossed the three-figure mark was in the day-night Test against Bangladesh in 2019.

If he does score a century at the Narendra Modi Stadium, it would be his 42nd while leading India.

He can also equal Clive Lloyd’s record of 36 Test victories if India go on to win the match.

He would go joint-fourth on the list of Test captains with most wins if he leads India to victory in the fourth Test.

While Kohli is yet to hit a century in the ongoing series, he is the fourth-highest run-scorer, behind Joe Root, Rohit Sharma and Ravichandran Ashwin.

Kohli hit two half-centuries in the first two Tests of the series, which were played at the MA Chidambaram Stadium in Chennai.

India come in to the final match with a 2-1 series lead. If they can avoid defeat in the fourth Test, India will qualify for the final of the inaugural World Test Championship.