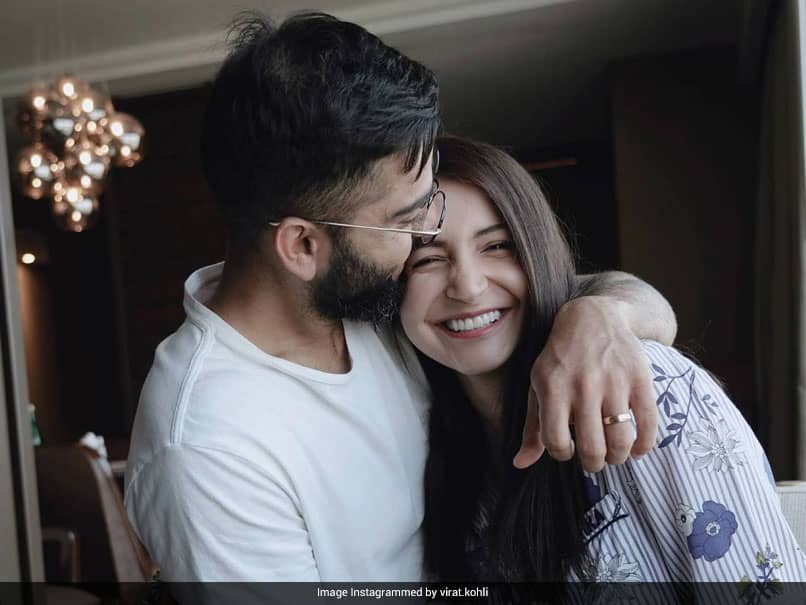 India captain Virat Kohli posted a wholesome picture with wife Anushka Sharma on social media. Kohli and Anushka are parents to Vamika, their daughter who was born in January this year. In the picture, Kohli is seen hugging Anushka, and the India skipper captioned the post with a heart emoji. Kohli will next be seen in action on Friday when he leads India in the first of five T20Is against England. He lead India to a 3-1 series win in the Tests against England after returning from a paternity break that saw him miss the last three Tests in Australia.

Kohli and Anushka were married in 2017.

On the field, Kohli will look to take India’s preparations forward with the T20 World Cup scheduled to be held in India later this year.

Ahead of the series against England that starts tomorrow, Kohli addressed the media on Thursday and said Bhuvneshwar Kumar, who is returning to the side after a long injury lay off, will be relied upon come the T20 World Cup.

He also revealed that KL Rahul and Rohit Sharma will open the batting for India in the T20Is and with a greater batting depth, India can be expected to play more freely and take more risks.

The T20I series will be followed by a three-match ODI series in Pune to cap off the England tour.