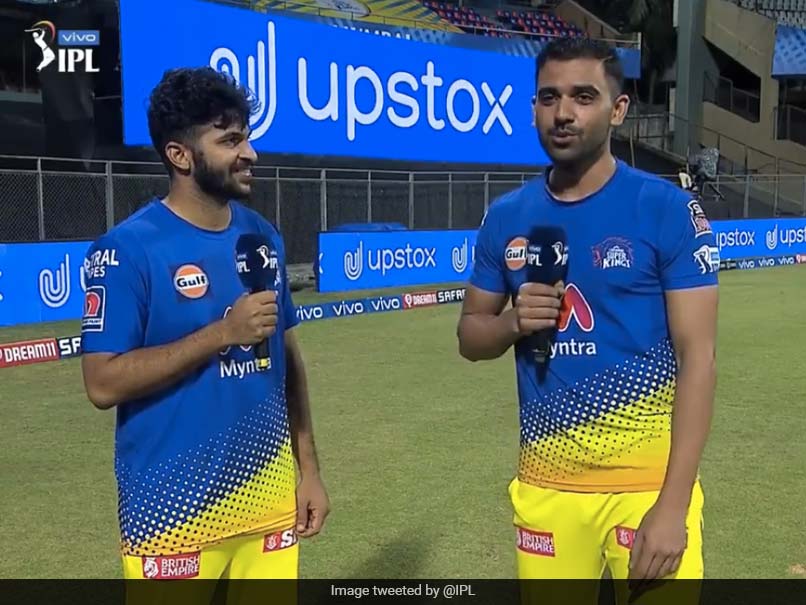 Speaking about his feat, Chahar said he is delighted with the fact that he was able to contribute and help Chennai secure their first win of the season.

“Yes, I am happy. I feel good as it came at a crucial time. It was an important game for us and I am happy that I was able to contribute,” Chahar told Shardul during the conversation.

The paceman opened Chennai’s attack and bowled the out-of-form Mayank Agarwal for a duck before getting hammered for consecutive fours by Chris Gayle in his second over.

However, Gayle was not able to break Chahar’s rhythm. He collected the wickets of West Indian duo Gayle – caught by Ravindra Jadeja and Nicholas Pooran – caught by Shardul Thakur – in the penultimate over of the Powerplay.

The 28-year-old cricketer from Agra concluded his spell in style as he bowled a wicket-maiden after Deepak Hooda gifted his wicket by chipping a swinging delivery straight to Faf du Plessis at mid-on.

Chahar, in total, bagged four wickets at a staggering economy rate of 3.25. He bowled one wide and 18 dot balls and conceded two boundaries in his spell.