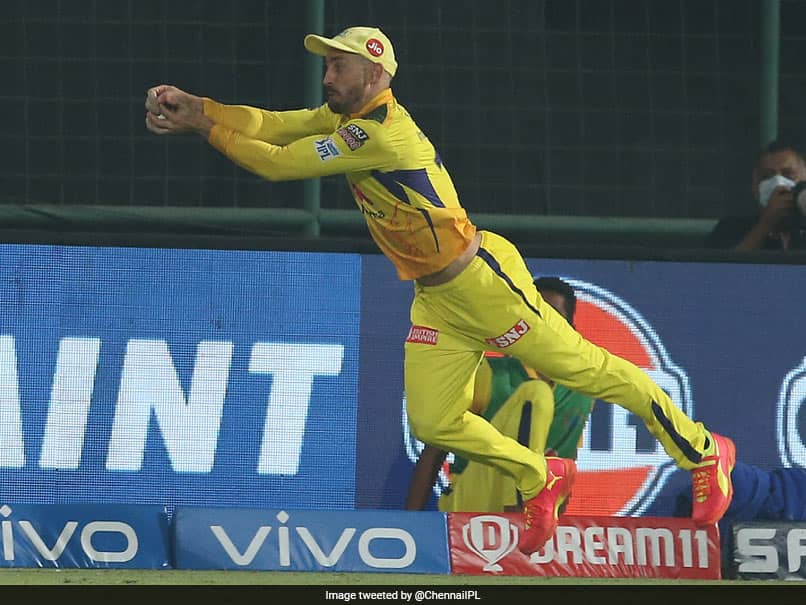 Faf du Plessis once again proved his importance to Chennai Super Kings (CSK) with a brilliant catch to dismiss SunRisers Hyderabad’s (SRH) Manish Pandey during Match 23 of the ongoing Indian Premier League (IPL) 2021, on Wednesday, at the Feroz Shah Kotla. In the fifth delivery of the 18th over of SRH’s innings, Du Plessis put in a diving effort to pull off one of the best catches IPL has ever seen! CSK posted a photo on Twitter to laud the spectacular catch, and captioned it as, “Flyyyy Du plessis! #CSKvSRH #WhistlePodu #Yellove”.

Here is the photo:

A fan also posted the video of Du Plessis’ catch on Twitter. Here is the video:

It was a full length delivery by Lungi Ngidi, which led to Pandey slamming it towards wide long-on. The South African veteran sprinted across to his right and dived to catch the ball while airborne.

The effort also ended Pandey’s crucial knock for SRH, which helped them post 171 for three in 20 overs, thereby setting a target of 172 runs for CSK. Pandey also slammed five fours and a six in 46 deliveries.

CSK have been in excellent form this season, and are in second position in the league table with four wins in five games. Meanwhile, SRH have been in poor form and currently bottom in the eight-team table, with only one win in the ongoing season.

Du Plessis has been in good form for CSK this season, and is their opener while batting. In six matches, he has scored 217 runs, and is also fifth in the Orange Cap race.