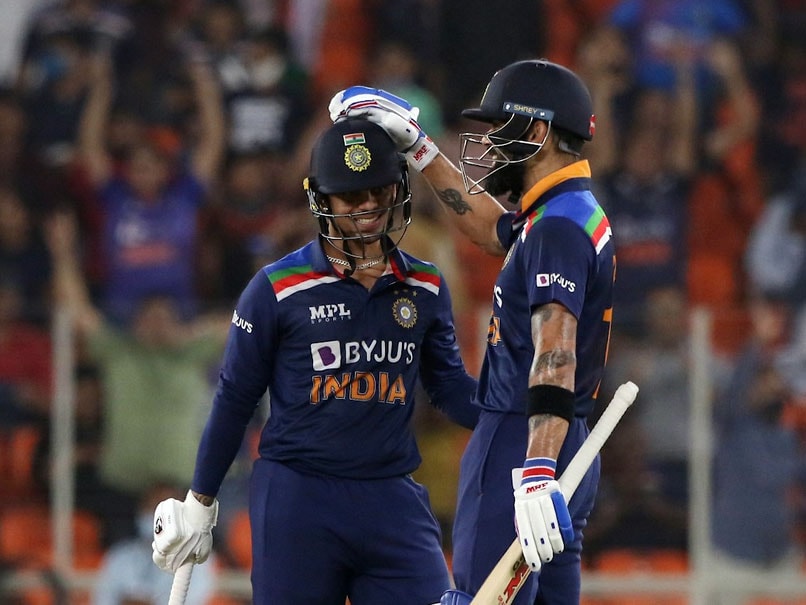 Ishan Kishan made his international debut on Sunday, making an instant impact with a fiery half-century in the second Twenty20 International (T20I) against England at the Narendra Modi Stadium in Ahmedabad. Kishan, who has made a name for himself in recent times with some fine performances for Mumbai Indians in the Indian Premier League, hit the ground running on the international stage, smashing a 32-ball 56. He had the perfect mentor at the other end in Virat Kohli, who remained unbeaten on 73 as India easily overhauled England’s 164/6. Speaking about the Indian captain, Kishan said that he had never experienced the sort of energy that Kohli exudes while batting.

Debut for India & debut on Chahal TV right away

DO NOT MISS: @yuzi_chahal chats up with @ishankishan51 after his superb batting performance in the 2nd T20I against England. – By @RajalArora #TeamIndia #INDvENG @Paytm

“Initially, it was difficult to match his levels. The energy he shows after a boundary or a double, I have never experienced before. But I understood at this level what sort of body language one needs to have. These sort of things I learnt from him,” Ishan Kishan said in a chat with Yuzvendra Chahal.

Ishan Kishan opened the innings with KL Rahul, but lost his partner in the very first over. But that didn’t deter the youngster as he took on the England attack to give India a flying start in the chase.

“Seniors like Virat bhai, Hardik bhai advised me to enjoy my game,” he said.

“For any youngster, it is a proud moment to represent your country. I was very happy to get this opportunity and the belief shown in me.”

Ishan and Kohli put on a 94-run stand off just 56 balls for the second wicket to put India on top. The youngster was dismissed by Adil Rashid but Kohli continued in his merry ways and smashed the England bowlers to all parts of the ground.

He remained unbeaten as India reached the target with 13 balls to spare to level the five-match series at 1-1.