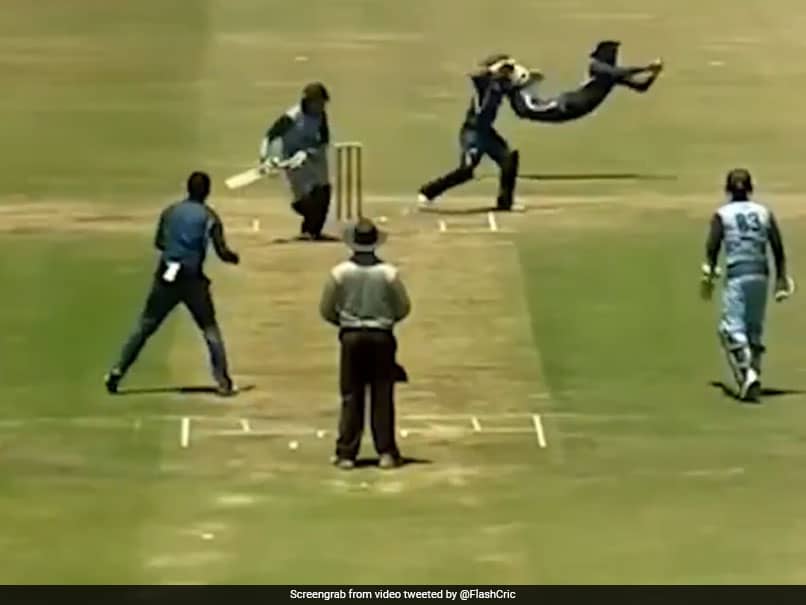 A slip fielder put in a terrific catch during a provincial match in South Africa.© Twitter

Slip fielding is considered to be one of the toughest jobs in cricket, and a cricketer in South Africa made it look like an exquisite art form. During a 50-over provincial match, a slip fielder put in a stunning leg-side catch to help dismiss a batsman. It was a premeditated move with the fielder expecting a paddle sweep shot. After the fielder saw the batsman bend down before the ball even reached him, he quickly moved behind the wicketkeeper to the leg side. Then he dived full length to catch the ball with both hands in spectacular fashion. Here is the video of the catch:

This is one of the great all-time slips catches from South Africa’s provincial 50-over competition! pic.twitter.com/5Gpfv9V9Jg

There has been another instance of a similar catch in South Africa, by Martin van Jaarsveld. He ran behind the wicketkeeper to the leg-side and caught the shot, like as if he was picking up the ball. Van Jaarsveld has played in nine Tests and eleven ODIs for the South African cricket team.

South Africa are known to produce excellent fielders, with Jonty Rhodes being one of them. They have also produced some amazing slip fielders in cricket history, like Gary Kirsten, Graeme Smith and Jacques Kallis over the years.

Slip fielders are also an important cog in any team’s unit while fielding. Teams usually employ two to three slip fielders in the area behind the batsman on the off side off the field. As many batters try to scoop or ramp their shots, slip fielders help a lot with dismissals.