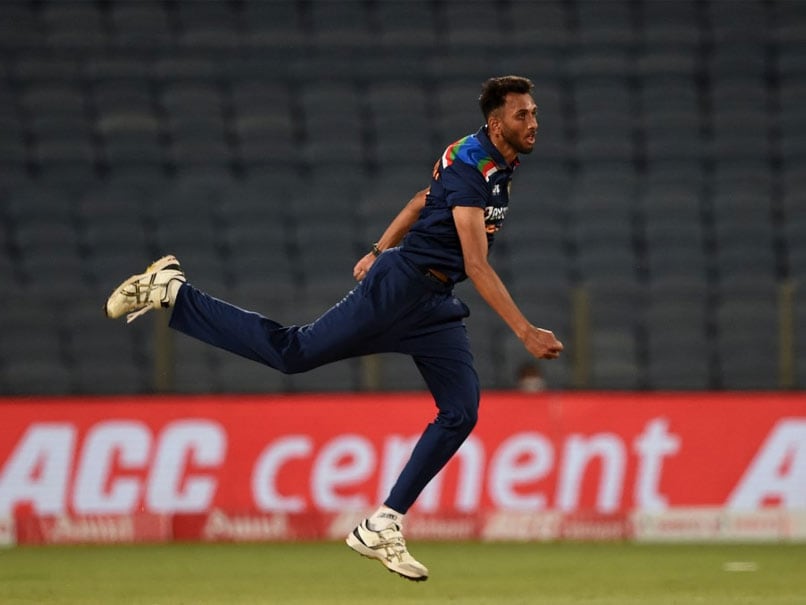 Prasidh Krishna has impressed one and all with his pace and bounce but Team India’s newest pace sensation admitted that he needs to work hard on trying to be more economical with the new ball. In both ODIs, Prasidh got wickets in his second spell with semi-new ball (as two new balls are used) and got a bit of stick from England batsmen during his opening overs.

“Personally, I would like to start better. I would like to improve on how I have been starting with the (new ball). Otherwise, all the runs that I gave away were scored off bad balls. So I would go back and work on those aspects,” Prasidh said after India lost the second ODI by six wickets.

While Indian bowlers had a poor day in office, Prasidh said that they could have hardly done anything in the face of an onslaught from Jonny Bairstow and Ben Stokes.

“We could have bowled better, am not denying the fact but we need to give credit to the way they played as well. It was an onslaught, we got hit quite bad.”

With only four fielders outside the circle during the second Powerplay (between 11-40 overs), it is always difficult to stop the batsmen on a flat deck.

“That’s the game of white-ball cricket today. With four outside for the 11 to 40 overs, that’s bound to happen.

“It was a very good wicket to bat on, no doubt. The score says it all. We scored 330-plus and they chased it down in the 44th over. It says it all. It was a flat wicket, challenging wicket for bowlers where the margin of error was very, very less,” he noted.

The execution part went all awry and Prasidh seemed a trifle irritated with repeated references.

“Our executions could have been slightly better, personally for me. Other than that, it is a repetitive question, the third time I am being asked. Yes, we did make mistakes, we could have done better but they batted well too,” the Karnataka pacer reiterated.